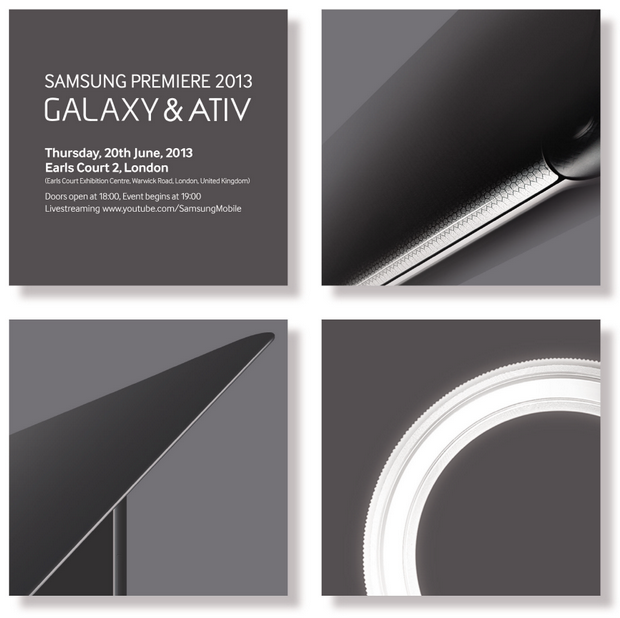 SYNAPSE CIRCUIT SAMSUNG WATCH!
Good afternoon, Synapse Circuit Readers! I see that you have been enjoying the blogs on rooting! Great stuff! I am glad that you are getting into rooting and it’s wonderful to see that some of you have rooted your handsets! Well done! When I did my first root I was over the Moon! My Galaxy S1 and S2 were underperforming until I sorted them out at the core!

Now for some Samsung gossip...

ANNOUNCEMENTS 20 JUNE
Samsung are continuing to build on the success of Galaxy S4 and are getting ready to announce some new devices... Yes, there’s another Galaxy in the pipeline or could that be Galaxies? One Galaxy promises to be the Galaxy S4 Mini... It could very well be that there will be the camera oriented Galaxy S4 that should feature a more powerful camera with an optical zoom! In addition there will be an ATIV launch for Windows based devices: smartphone, tablet and laptop... It will be very interesting to see what is revealed! I have a feeling that Samsung will be revealing more handsets based on the Galaxy S4 in order to ward off anything that will come from Apple later this year. 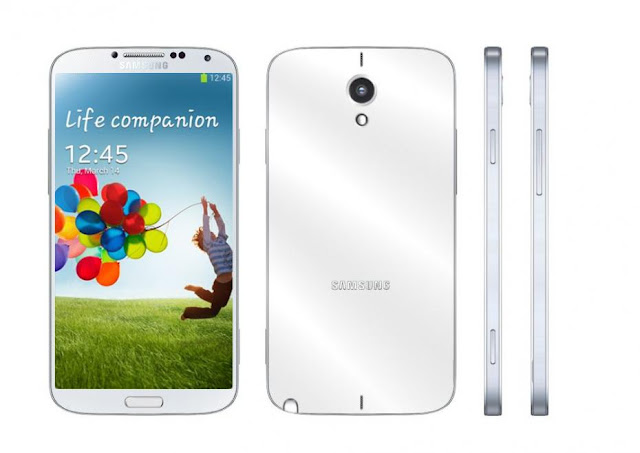 GALAXY NOTE 3
There are a few rumours circulating about the imminent Galaxy Note 3... It is said that it might feature a flexible screen after all! But I doubt it somehow... I think Samsung will play that card possibly next year or introduce a new device based on their YOUM flexible screen technology towards the fall!

Then there is supposed to be a more advanced ocular control... That would be something if Samsung could raise the eye control game beyond the S4!

I am sure that I will be wishing that the Note 3 could be mine! I guess I am looking at the Note 4 which could be the one to feature the flexible screen!

REDESIGN
I have also heard that Samsung have gotten together with their design department to work on the design of the next generation Galaxies! I am sure that this has been a result of the brilliant looking HTC One!

I am so very curious about what the next line of Galaxies will look like! This could very well indicate that handsets featuring a flexible display are on the way! I know that LG have their own flexible screen technology and there is a fierce rivalry between the two companies and it’s a question of which company will release their flexible screen device or devices first!

COMPETITION & TABLETS
Although Apple’s iPhone has been beaten it remains to be seen if Apple can somehow reinvent the iPhone later this year. Technically, the iPad has been beaten by Samsung’s Nexus 10 tablet but the iPad has such a huge market that makes it very difficult for the competition.

As you know, Samsung have put out a huge amount of tablets on the market aiming to take a chunk of the tablet potential and we may see news of the third generation Galaxy Tabs. For some reason Samsung aren’t producing a knock out retina beating tablet when they have shown it can be done. The S4 features a retina beating display, so why can’t this happen for their tablets? A high resolution display isn’t everything but as we are heading into the future it is likely that one day very soon the desktop and laptop will be consigned to the Tech Graveyard. Applications for the tablet are becoming more powerful by the day! We have the equivalent of Microsoft Office right now! Some video can be edited but the video editing apps aren’t quite there yet... Let’s see... What else? Music applications are getting better all the time what with FL Studio and other music sequencers coming to Android... Hmmm... I have yet to see a web design app... Maybe that’ll come next... I would also like to see apps to create eBooks, magazines and so on... Believe me; I can’t wait to ditch my PCs. I wouldn’t be feeling this way if Microsoft could write a decent operating system...

Samsung has the possibility to create a decent Android tablet, I have heard that they have teamed up with CPU giants, Intel to put some Intel CPUs into their tablets! It is promising. But great tablets are nothing without applications! Google and their consortium of manufacturers ought to set-up a division that creates a bunch of preinstalled apps that could really turn around the way in which Android tablets are viewed. At the moment it appears that the Android tablet is seen by many as a way to browse the Net, consume entertainment such as games, etc but it is not seen as a means of productivity. There’s nothing wrong with consuming and entertainment... However, if tablets are going to eventually replace the desktop then Google / Android has to offer the whole package!

We’ll see what Samsung has to offer by the way of tablets real soon!