LG FLEXIBLE DISPLAY PHONE TO BE RELEASED THIS YEAR! 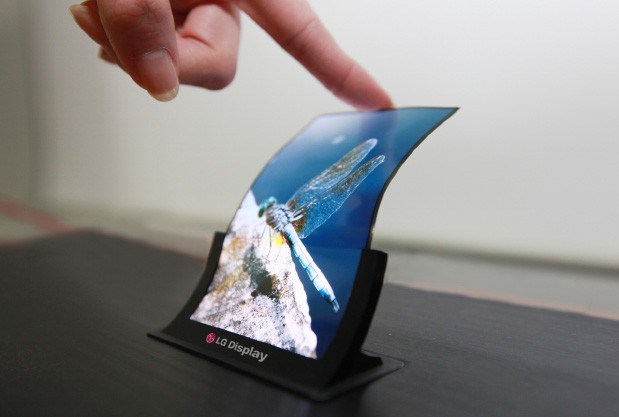 Good afternoon, Synapse Circuit Readers! It seems as though LG is going to beat Samsung in being the first to release a handset with a flexible screen!

BEND IT LIKE LG
"LG Display has completed the development of our first flexible displays. We've already shipped samples to clients including LG Electronics," the company told Korea Times in a statement.
"LG Display will mass produce flexible displays from the fourth quarter of this year."

LG has already completed development of its first flexible OLED displays for the mass market, and is set to produce the tech near the end of the year, churning out 12,000 sheets of flexible display panels each month at its display complex – according to the Korean Times.

Not only does this mean that we’ll be seeing a flexible screen handset from LG this year but we could be seeing a handful of manufacturers delivering their own designs... It will be very interesting to see what impact these flexible screens will have on design.

Samsung has been talking about flexible displays for a couple of years now and at the CES at the beginning of the year they showed off a couple of prototype handsets with such a display that they have called YOUM. But Samsung didn’t stop there... Samsung showed a video of what their handsets and tablets could look like in the not too distant future.

SAMSUNG
Could it be that Samsung is one of those clients? I have understood that Samsung have been experiencing manufacturing problems with their YOUM screens and it wouldn’t be inconceivable for the electronics giant to get in on the act while they perfect their YOUM technologies.

Now the question is: Is Apple also one of those clients? Everybody knows that the iPhone has fallen off the ladder of innovation what with its antiquated small 4” screen and bland design. I reckon Apple are anxious to present the iPhone in a different way and a flexible screen could help Apple achieve a unique design that will be a departure from the current one. The implications could be vast for the iPad.

THE BIGGER PICTURE
I suspect that we’ll be seeing other devices with a flexible screen: phablet, tablet, TV and computer monitors. Is it possible that the technology will be so inexpensive that we’ll be seeing digital newspapers???? Imagine a seemingly innocuous sheet of plastic being refreshed constantly with news updates in text, picture and video formats. That would be something!

Will flexible screens mean that the cost to produce mobile devices and that the consumer will benefit greatly from it???? I sure hope so!

What a great time to be living in for lovers of technology. Well, I guess that when the radio was invented people said the same thing.