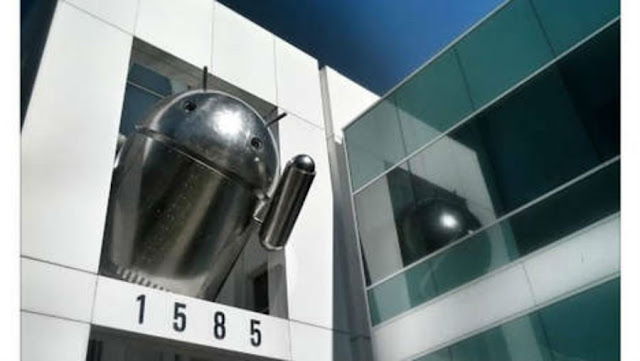 Good evening, Synapse Circuit Readers! Are you an Android user? Has the issue of fragmentation affected you in any way? As a user of multiple Android handsets I can’t say that I have been affected... But I do wonder what Google are going to do to address this issue...

HARDWARE
From my experience one of the elements that determine the version of Android is down to the hardware. The cheaper the handset the earlier version of Android will be utilized. Like former CEO, Eric Schmidt, has said, “...it allows for customer choice...” Maybe, but that was yesteryear! Today the Android market has changed dramatically where both Android and hardware is concerned! Jelly Bean, Project Butter has made Android smoother and on dual and quad core handsets we take it for granted – it’s that slick! Hardware is changing the budget market slowly but surely! Last year there were a handful of budget handsets utilizing Ice Cream Sandwich, Android 4! This year we’re seeing some budget handsets coming out with Jelly Bean! That being said, there are a few budget handsets being released with Gingerbread! Gosh! Although such handsets will prove to be very inexpensive thus an attractive prospect; it will be the apps that will deflate the budget market. Cheap handsets do not come with enough RAM, storage and CPU power! In my mind this just defeats the purpose of “budget Android” (see my blog on the False Economy of Budget Android Handsets). It just doesn’t make any sense.

Many people purchasing a budget Android handset will come to be very disappointed when taking the negatives (as outlined above) into account. A disappointment that will have some disgruntled folk turning to the iPhone, Windows or BlackBerry!

The way forward is obvious: Turn up the hardware heat on these budget handsets! The Google engineers can only do so much to Android for underpowered handsets. So, I think this is ultimately good for the budget market in the medium to not too long term! I am looking forward to seeing powerful yet inexpensive handsets that Eric Schmidt has been talking about since he was CEO and lately CEO Larry Page who revealed that it costs about $1 to manufacture a phone.

GOOGLE PLAY & FUTURE ANDROID
Google Play has changed a great deal to coincide with the i / O developers conference in May. Google Play serves Android in a better way...

Google Play Services is "a single place that brings in all of Google's APIs on Android 2.2 and above." An API (Application Programming Interface) is a term for special code that's written for one piece of software to communicate with another. Google writes APIs for Android, and app developers use them as a conduit to access many of Android's core features. You'll find APIs in plenty of software projects, both big and little.

As a result things are better for Android as a whole.  Android fans – including me – were expecting news of Android 5, Key Lime Pie at the i / O then we was told it wasn’t going to happen so, we made do with Jelly Bean 4.3 but that didn’t happen either. But I think what we got instead was a significant upgrade with Google Play. No doubt that Jelly Bean 4.3 will be even better: smoother and faster. I do wonder if 4.3 will be able to be installed on more handsets - moreover Gingerbread handsets! I am wondering why it is taking so long for a newer version of Android to come out.

Key Lime Pie, Android 5... The tech media is saying that when Key Lime Pie is released it will only be available to handsets made within the last two years – and even then there are some handsets that are in question. I wonder if these mediums of Android news are wrong due to the fact that Jelly Bean is appearing on some budget handsets as mentioned earlier.

If you look at what independent Android developers such as Cyanogenmod do you will wonder why it isn’t possible for Google to make more effort in getting the latest versions of Android onto reasonably powerful handsets such as the Galaxy S2 for example. You must have read my blogs on the subject of rooting and this is why many people root their handsets: they want the latest version of Android. Or certainly enhanced versions should it prove to be impossible to get the latest.

It just goes to show that there are great possibilities with Android; fragmentation is going to become less of an issue with each release and with each handset!

Apple has recently revealed iOS 7 and it looks quite interesting; they’ve taken bits from the competition – notably Android! I guess what’s on the minds of Android fans is what will Jelly Bean 4.3 bring to the party (it could be released in July) and when and what will Android 5 look like? One thing is for sure... It’s going to be great!