SHOULD BLACKBERRY HAVE GONE ANDROID? 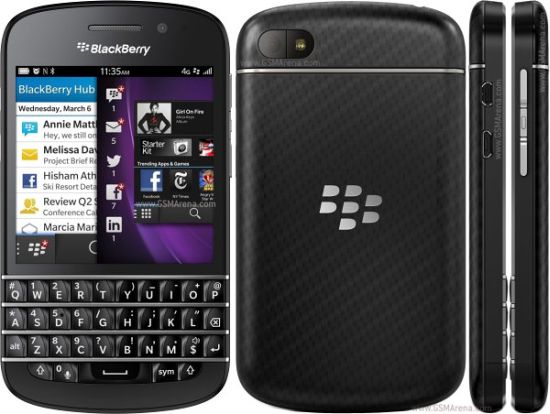 Good early morning Synapse Circuit Readers! Did you get yourself a BlackBerry Z10? Have you put it up for exchange already? When I visit the computer exchange stores to see what people are doing or not doing with their tech and the last time I went (last week Thursday) the front window was a row of Z10s! Hmmmm...

...I THINK I WAS RIGHT ABOUT THE Z10 NOT BEING ENOUGH...
The latest I have heard from the BlackBerry stable is that there will be compatibility for Android apps. But didn’t BlackBerry say that at the launch of the Z10? I am quite sure that they did. However, Android apps have been recently brought up again and to me that smells of desperation. Do not get me wrong, I have fond memories of BlackBerry. As a very young man I used to look at their handsets in mobile phone shop windows and marvel... I wanted one. Those were the very early days of the smartphone with push email. Wow... Only for business folk – back then. Today, when I board public transportation the BlackBerry seems very popular with teenagers! BBM is very popular amongst the kids. Somehow I don’t think the teenage market is going to be enough to keep BlackBerry going.

I am predicting that Android manufacturers will stop making these crap budget handsets and put together a decent budget handset worth owning! I am predicting that the Chinese manufacturers will raise that game because they are hungry for some of the market share and therefore they will and have upped the ante... The Oppo 7 is said to boast an 8MP front-facing camera! Amazing! It makes the competition – the usual suspects – look dated already! Trust me... There will be a new standard of budget Android handsets that will appeal to the youth! Just the other day I witnessed a doting father purchasing a simple handset for his preteen daughter; the little girl was over the moon. Now just imagine how the little girl would feel if it were an affordable touch screen...

THE BUDGET RACE
I do believe that a budget race is on... It’s not so clear cut at the moment... Android is messing around. Why? Didn’t you read my blogs on the ‘False Economy of Budget Android Handsets’? Ok, no worries... Basically, these cheap handsets are great in theory until you start to either update the preinstalled apps or start downloading them... The specs cannot perform the tasks... Forget it! And the sooner Android manufacturers start to realize that then it is game over for the competition! At the moment Nokia and BlackBerry are doing their best to stay alive; Nokia has the edge with their Lumia range of Windows handsets, however it’s not Windows that they are selling... ...uh-uh! It’s the camera that Nokia is pushing in the ads! So, I take it as a sign – rightly or wrongly – that the Windows handset is going to be short-lived. If Nokia had any sense they’d start coming up with Android handsets.

If BlackBerry had any sense they’d better start producing Android handsets too! I know so many people who have changed from BlackBerry to Android – notably Galaxy S3 Mini (mostly females), S3 and S4 (mainly men). If you know me, you’ll know that I am keen on new technology. I was hoping that I would opt for a new BlackBerry as I have so many Android phones. Just by testing the Z10 I knew that there was no chance of me getting it. It wasn’t bad but it showed me how spoiled I was with Android.

BLACKBERRY ANDROID
If BlackBerry is going to have an option to utilize Android apps then they might as well produce an Android phone too! Yes, why not? They can still keep producing their own BlackBerry tech but I don’t think that enough people are taking it up!

What BlackBerry should do is to follow the trend that Android sets with regard to a nice big screen, a decent camera and so on. There’d be no shame in that: BlackBerry Nexus. There’s an opportunity for BlackBerry to concentrate on creating unique business apps to give the business market something do desire. They can also keep appealing to the teenagers with a phone dedicated to their needs. At the moment BlackBerry appear to be squandering their investment on unwanted handsets. The kids aren’t picking up Z10s... No! They are picking up the old QWERTY models. I don’t know why these teenagers prefer QWERTY over a touch screen; but give them what they want... Maybe the new Q10???? I don’t know... But instinctively I believe that Android is a lifeline for BlackBerry. I would hate to see them crumble like a dried up ol’ muffin. Alicia Keys can’t save the Canadian company. Android can and will.