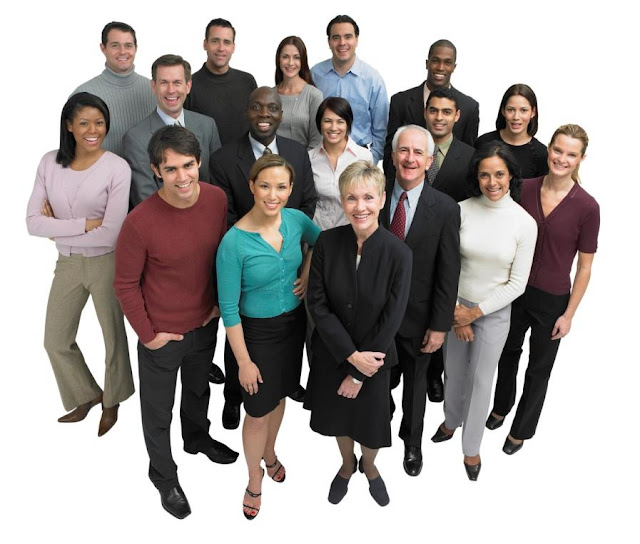 Good afternoon, Synapse Circuit Readers! I hope you are having a great day so far! And if your day has just started then there is still time!

A funny thing happened to me at around 04:30 AM. My Google Blogger account had me as logged out when I didn’t log out. So, just in case I was being hacked into I took some precautions that had me close and re-launch the Chrome. I logged back into Google Blogger to receive the following message: There’s unusual activity on your account. Please submit your phone number for verification (words to that effect). I obliged and received a call from an Unknown source at 04:37 AM. I was given a numerical verification code which I entered to confirm my status...

What happened there? Could it be that because someone, me, is using Google Blogger instead of Word Press – and quite prolific too?! Amazing... Someone posts a couple of blogs per day and it gets logged as “unusual activity”. That has got to be so freaking stupid. Oh and guess what?

Did you guess? I used Google Plus (G+) to post links to my articles within their communities. Now, isn’t that the idea? Hmmmm...

Anyway, I came across a term that I had never heard of before regarding my article, ‘Understanding Android’, “Clickbait”. “CLICKBAIT”????!!!!! Jeez! I swear these computer-dork-nerd-geeks make life harder for themselves... Lol! These people are so paranoid that they feel that if they click on a link to an article that somehow the article writer has got the better of them. Gimmie a break! The ‘Understanding Android’ article was posted in an Android community and I guess some ardent Über-Android Fan took the article as a slight against the Android operating system. Here’s the nonsensical response...

“I read it. It's clickbait. Not only that, it's almost a useless article talking about how people from other phone experiences get pissed at Android because they can't figure out what they used to do. It's actually the opposite of the clickbait title.

I'll not be reading anything else you post, sir or madam.﻿”

The point is that the person didn’t read the article or read it with the view that there’s a malevolent agenda hidden somewhere in the context.

Speaking of bait... When the likes of Facebook and Gmail first started out there wasn’t such strict rules as there are now – especially regarding what you want to call yourself.

Here’s the rant of a delusional iPhone / Apple Fan:

“You don't even use your real name on G+ and you're obviously just here to troll. You won't win any hearts and minds here. Go away.﻿”

Oh, I am not suggesting for a second that he is delusional because he is an iPhone / Apple Fan. But mind you, if Tim Cook and cohorts are delusional... Hahahaha! C’mon, you have to have a sense of humour! Anyway, it just so happens that Blue Gene is my real name. I had to scan my passport and send it into Google! For crying out loud! Hahahaha!

Do you really think that Google didn’t know that people were being spied upon? I think they, Apple Facebook and others knew. Why do you think they are insisting upon users using their real name? What is so stupid about this rule is that anyone could withhold their name by using a typical English one i.e. John Doe and that name will get through. You couldn’t make it up. Well, actually you can’t if you subscribe to an alternative lifestyle such as Punk and its upgrade, Cyber-Goth. If you wanted to call yourself Putrid Peter or Vicious Vagina you can’t – well not on Facebook or Google Plus. Not anymore.

In fact what Google + and Facebook have done with this rule is antisocial. If people can’t be themselves then what’s the point? Sure, I am sure that there are those who will try and push an alternative name but the reality is that if the likes of the NSA wanted to track human behaviour then it is best to leave people to their own devices regarding what they wished to be called. People reveal more about themselves through self-expression and for most people self-expression starts with their name. Google, Facebook and others should know that – especially psychological profilers working for intelligence (hee hee hee) agencies.

Some people don a name to mark an adjusted state of mind for good or bad like a superhero or villain. Sometimes you can guess the nature of the name i.e. Sunshine Flowers (fictional, I don’t know anyone by that name)... But what kind of person do you think Sunshine Flowers is? Male? Female? An enthusiastic environmentally conscious person? Yes, that could be. It could also be that Sunshine Flowers is so extreme about the plight of the planet that he or she could be willing to assassinate the CEO’s of companies that wilfully pollute the Earth.

On the flipside of the coin someone could be calling his or herself Nigger Killer and that person could be an Afro-American rapper. This issue of identity is a complex one and the likes of Google Plus and Facebook shouldn’t mess with it. It is wrong to exclude people on that basis; we should be free to call ourselves whatever we want.

Often I come across spiteful people that love to dish out terms like “Clickbait”, “Troll” and “Spam” when such terms aren’t even justified. These spiteful people often cause the accounts of others to be closed / deleted without warning. I know that if you have been in that situation these “Customer Support” people are less than helpful and seem go out of their way to be an ass! And when you get into a position where you’re actually talking to a human like I did with someone from Twitter and ask them what I was supposed to have been spamming there’s no answer. These misguided folk do not take the time to look at the nature of the links.

Often I link my articles on relevant Facebook Pages and Groups. It just takes for one spiteful person to complain “SPAM” and I lose all my posting privileges. It is DUMB! In fact I had my posting privileges restored when the Facebook people or person took the time to see what I was posting did not constitute as “SPAM”. But it’ll happen again if I keep posting links to my articles on Facebook. All it takes is just one! It is bloody annoying to say the least and that is why I hardly use Facebook nowadays. Facebook has decided that “SPAMMING” includes writing to people that aren’t on your Facebook “friend list”. Say, aren’t they going to charge users to write to celebrities? Hmmmm... Anyway, I think anyone crying SPAM without just cause should be banned for 30 days on any social network. Surely there ought to be algorithms to determine where a link is going, no? How difficult would it be to detect if a link is going to ‘That Magic Blue Pill dot com’ or ‘Blogspot dot com’? But please... NO MORE SPAM, CLICKBAIT or TROLL talk; shove it up your a$$e$!

Google Plus is a little better. I am actually connecting with wonderful, intelligent people which more than makes up for the paranoid people who write in a way to let people know that they are intelligent. The difference between me and them is that I write because I am intelligent. I wouldn’t say I am exceptionally gifted but at least I am able to read an article and understand the intent.
“I'll not be reading anything else you post, sir or madam.﻿”

Yeah! See if I care! Don’t read my articles. And please don’t post your crap responses! Bah! I do find that I have to restrain myself when taking such negative people into consideration. I shouldn’t be spiteful back. But that’s human nature...

I think that Technology (I see it as a quasi-religion) should unite the planet. I prefer Android (despite the weirdness that can be demonstrated by Google Plus or G+) because of their willingness to include apps that spans platforms as was demonstrated at the Google i / O 2013. But if you happen to like Windows or iOS then good for you! I don’t get why people take it so personally when their chosen technology is being scrutinized and criticized; I think these criticisms is what makes the developers strive to accomplish more. As an Android user I am keen to know what will be the makings of Key Lime Pie. Phone users have been delighted with what promises to be iOS 7 and I don’t hold it against them.

Isn’t technology supposed to be making us smarter? Hmmmm... I don’t know... About 4 or 5 years ago ore more I was using my Nokia 95 and I had ex amount of texts to my monthly rental plan so I had to use Text-Speak i.e. l8r, cre8, w8, m8, etc. Thankfully, I don’t remember these word abbreviations but I could swear that at one point it was making me forget how to spell. And a girlfriend who I was seeing at the time couldn’t spell for toffee and she was using Text-Speak even when she didn’t have to i.e. in a short text. I am so very thankful for apps like Viber, WhatsApp and LINE, etc where I can write normally.

I think people who have time for such idiotic words as “Clickbait” are dumbing themselves down. People would rather distrust me than to distrust a government and social networks that has no respect for the privacy of their citizens. Every time I accept an add request on Facebook the question comes, “Did I know this person offline prior...” It’s none of your Goddamned business!  But just for the record in case I am being spied upon...

I do not know or willingly anyone who holds racist, misogynist and homophobic views.

As much as I would like to erase some people off the face of this Earth I do not know or willingly condone any acts of violence. Violence is abhorrent. Murder is an abomination of humanity. There is no religious or political justification for it. The act of personal self defence is different. As far as I am concerned there is no bravery in blowing oneself up and to kill and maim others in the process. There is no bravery in harming / killing innocent people – especially women and children.

I do believe that a life should be taken by the law of those that commit murder and sexual crimes against children and adults. I do not want my taxes going on keeping these criminals locked up to enjoy a roof over their heads, food, TV and computer games. My motto is this: Can’t rehabilitate. Incinerate. I don’t want paedophiles to be let out of prison only for them to be re-housed near schools.

The taxpayer money should be spent to better healthcare for law abiding citizens.