WAKING UP AND BEING TURNED ON... BY CHROME 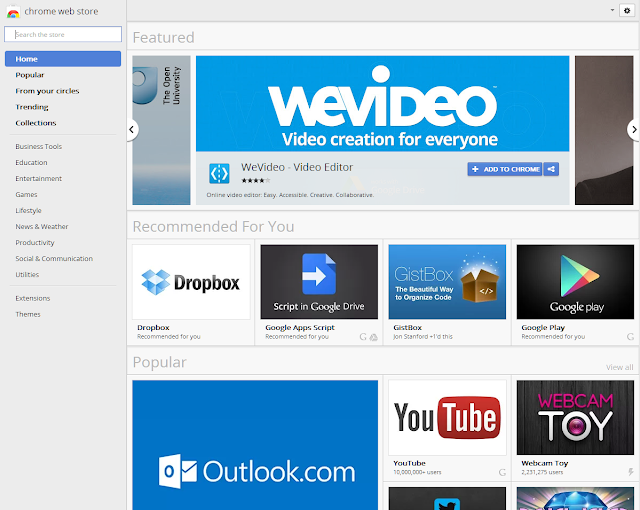 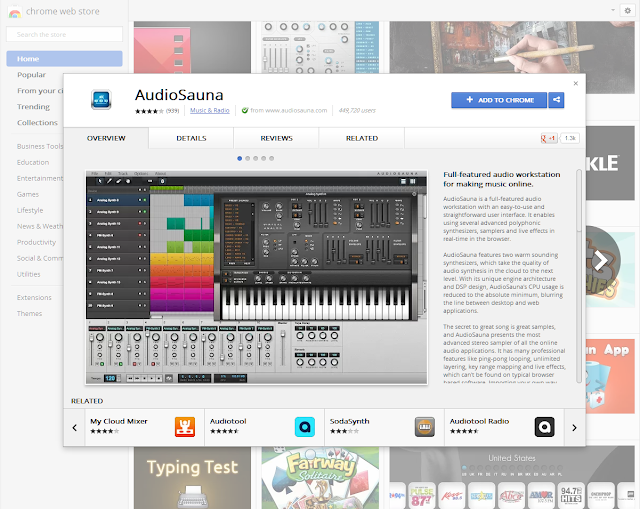 WAKING UP AND BEING TURNED ON... BY CHROME, GOOGLE CHROME

Good evening, Synapse Circuit Readers! I hope you have had a good day and chilling out doing whatever it is that you do when you wind down. Or maybe your day is still on and in that case I hope you get home safely. Or indeed your day may have just begun... Lucky you! If I could turn back time...

...I’D HAVE BEEN TURNED ON TO GOOGLE CHROME AGES AGO!
How can I call myself a “tech writer” when I haven’t really investigated the dizzy world of Google Chrome? Well, the most I can do is be honest and let you know that I do not know where to start... I find the Chrome concept bewildering! When I get up in the morning (and do my habritual – now there’s a new word that I’ve made up) the first thing I do is launch my writing PC, open Word, Chrome and log into my Google Blogger account and then I get on with the business of writing articles. 98% of the time I completely bypass the “Apps” section of the Chrome browser. And the 2% of the time I’ve been looking in that section I am just overwhelmed by the amount of apps available to me. I get lost and I must admit I get excited, turned out to the possibilities of what’s on offer!

If you have been paying attention to my articles you may have picked up upon that I like to dabble in making music. My favourite digital audio workstation is Synapse Audio (no we are not related) Orion Studio 8; I think it is one of the best music making programs on the market. I have amassed many virtual instruments over the years and I haven’t had any time to do anything with them. Lol! But one of many things has caught my eye and that’s the ‘Audio Sauna’. I am afraid that I have become one of those people who have become a collector than a doer when it comes to music. However, I could be enticed by the Audio Sauna app. I have the notion that Audio Sauna can help to declutter my musical mind.

Then I see apps for editing video... Huh? I was under the impression that one couldn’t do video editing or is on the Chromebook computers? Hmmmm... I must investigate...

DAZED & CONFUSED
I can’t say that I understand Google when it comes to the Chrome OS, the way they publicise it or do not. If this was Apple there would be TV adverts around the clock. Cue cheesy cool mildly mawkish music (depending on your mood... ...when I haven’t eaten I hate the music on Apple ads) and a bunch of people doing stuff with their equivalent of Chrome OS and apps. I don’t get why Google isn’t shouting Chrome OS from the rooftops! I have seen some adverts and vaguely remember them and I think that’s the problem: the ads are too vague. If that was advert king, Samsung, I rate their ads as being the most informative; they would have taken the top apps in music making, video editing, word processing, presentation and so on. It is so strange that Google isn’t doing that. Why?

Am I the only person who feels that way? Please let me know.

WHY NOT A HYBRID ANDROID / CHROME TABLET?
Yes, instead of Android and Windows how about Android and Chrome OS? Or am I missing the purpose / point?

In my mind the combination sounds very interesting. Ok, what if Google just released a Chrome tablet? Do you see the potential in this? I do. Quite possibly Google Chrome OS could essentially take over IBM compatible PCs and Microsoft software, oh, and Adobe too! In Chrome could just finish off the PC and any software for it... I can see some software houses going Chrome to survive.

Forget the majorly unhappy incidences with Windows XP and Windows 7. I just think that the computer industry needs a major overhaul. Apple has almost got it right except for their pricing; the iPad – the way it comes across – appears to make the Mac computer redundant if one can do so much on it! Is it possible for Google to replace Windows with Chrome OS and thus enable us to just consign the Microsoft experience to the Recycle Bin? Lol! Going where Linux / Ubuntu couldn’t do on a mass scale or am I wrong?

That makes me ask the question: If Android and Chrome come from Linux when why hasn’t Linux taken over Microsoft already? Hmmmm...

And another: Is it possible to reconstitute Linux into Chrome?

Could be possible that this is the long term plan for Google, to reconstitute Linux into Chrome so that when it’s ready the switch can be instantaneous?

This would alleviate the need for people to dash their PCs for yet another machine.

I get the feeling that the proposed Chrome OS that I have in mind could use the processing power of the Intel chip in a better way. Aren’t you disturbed that with each CPU revolution a lot of software becomes obsolete because they just aren’t programmed to take advantage of the newer technological changes. In my most humble opinion I think that the software should get better in the same way as apps on let’s say Android. Do you understand what I am getting at?

I think the computer industry has been too wasteful and where does the waste go? Electronic waste such as computers get shipped out to third world countries to dispose of where children are exposed to the toxic metals in the breaking down of these discarded machines. I am concerned about the environment. If you take a dump upstream it’s going to end up downstream and eventually in the water and food supplies.

My task is to get familiar with Chrome OS, Linux and Ubuntu. I feel the need for a change.

Yes, I am full of questions tonight.