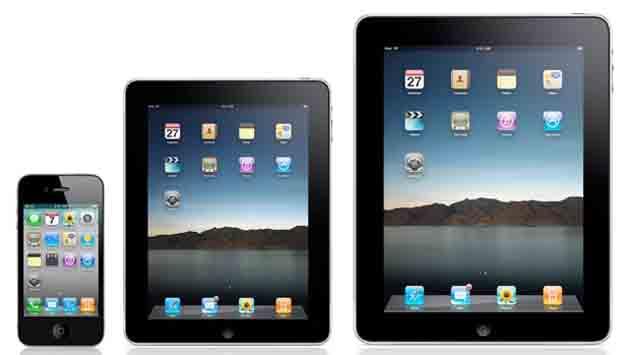 Good evening, Synapse Circuit Readers! I hope you have had a good day! It was another scorcher of a day here in London, UK. Slap a chunk of butter on my forehead and call me a lobster why dontcha?!

Hey, have you heard the latest? Samsung Electronics is the world's 14th-largest company in terms of revenue, beating out Apple, which took the 19th spot in the list.

SURPRISED?
Let’s take a look at the two tech giants...

The company was founded on April 1, 1976, and incorporated as Apple Computer, Inc. on January 3, 1977. The word "Computer" was removed from its name on January 9, 2007, reflecting its shifted focus towards consumer electronics after the introduction of the iPhone. Information courtesy of Wikipedia.

A great company that needs no introduction; founded by the two Steve’s: Wozniak (Good Steve) and Jobs (Bad Steve). Ha ha! The story of Apple is such an odd one... They created the Mackintosh range of computers and they looked set to rock the world but IBM and Windows stole their thunder. However, Apple was great at PR back then and managed to convince the world of graphics / publishing that their glorious computers were the best to achieve productivity to that end. It’s amazing how they did that. And boy, how these snooty publishing / print bureaus would rub your nose it. You couldn’t call yourself a “designer” and not have a Mac.

They’ve been through some good times, bad times and good again. But what are they producing now? iPhone, Mac computers – including one that looks like an umbrella stand and the iPad. Brilliant stuff!

SAMSUNG
Samsung was founded by Lee Byung-chul in 1938 as a trading company. Over the next three decades the group diversified into areas including food processing, textiles, insurance, securities and retail. Samsung entered the electronics industry in the late 1960s and the construction and shipbuilding industries in the mid-1970s; these areas would drive its subsequent growth. Following Lee's death in 1987, Samsung was separated into four business groups – Samsung Group, Shinsegae Group, CJ Group and Hansol Group. Since the 1990s Samsung has increasingly globalised its activities, and electronics, particularly mobile phones and semiconductors, has become its most important source of income.

Samsung has a powerful influence on South Korea's economic development, politics, media and culture, and has been a major driving force behind the "Miracle on the Han River". Its affiliate companies produce around a fifth of South Korea's total exports. Samsung's revenue was equal to 17% of the South Korea's $1082 billion GDP.
In 2013, Samsung began construction on building the world's largest mobile phone factory in the Thai Nguyen province of Vietnam.

WOW! All of the above came from the Samsung Wikipedia page! Thank you, Wiki!

Unlike Apple, Samsung has a tentacle on everything electronic: TVs, DVD / Bluray players, cable boxes, cameras, camcorders, computers and of course mobile devices (phone, phablet and tablet). What doesn’t Samsung do?

Apple: As you know, the iPhone was a revolutionary device when it came out but it didn’t take too long before other manufacturers – including Samsung and HTC – matched and surpassed it.

But what did Apple do? They just whinged and waxed on about why their products are scientifically aligned with what the consumer wants in a series of mind numbingly condescending adverts. I keep asking, “What are they trying to prove? Why don’t they just give the consumer what they want?” The sadverts that they are running over here in the UK in a bid hypnotize people from the Galaxy S4 (and HTC One) is nauseating.

Why can’t Apple just produce great products instead of producing mediocre incremental ‘S’ versions of the current model? The amount of money they pour into these cheesy ads and lawsuits they could have had the phablet, iNotate, out already. Apple mobile devices have some fantastic apps and the iPad is begging for a stylus so, a compromise would be the phablet. I know... I know... ...it’s hard to live down the shooting off of the mouth! If you’re gonna say anything then make it memorable for the right reasons.

Samsung: What? They don’t stop! That could be an ad in itself. Lol! Samsung keeps coming up with great products. Yes, I won’t bore you again with the reinvention of the phablet with the Note. No! Just look at Galaxy S4 Zoom! It’s a product that I would want! I love taking pictures on my travels around town and the Galaxy S4 Zoom is just perfect. Samsung has a device for every market. Maybe it’s a good thing and maybe it’s not. But I do think it is an exciting time for tech lovers because Samsung are an innovative company. There’s exciting talk of their smartwatch which could be called “Gear”. And we have the Note 3 to look forward to.

Samsung are also very creative with their ads and their campaign against Apple and their loyal fans have been very enjoyable indeed. I even like the new one for the Icelandic market; bizarre but fun to watch! 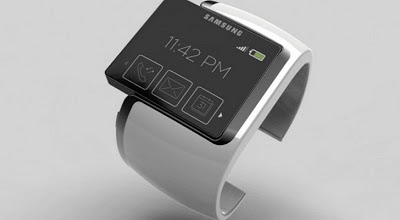 Apple: This year we could see the budget iPhone (probably in the fall) in multiple colours; is it right for the market at this time?

An iPhone 5S is expected too, but I seriously wonder if that’s what iPhone fans want.

Rumour has it that Apple has been seeking to secure the name “iWatch”; could the iWatch be here by the fall too? What’s the demand for the iWatch? Are you hoping to get one?

Samsung: Will the demand for the Note 3 be higher than the Note 2? Hmmmm... Rumour has it that there may be 3 or 4 different versions of the Note 3 to come this year. Can the market support multiple Note 3s?

Wearable tech... If there’s one company that can make wearable devices interesting it is Samsung. Personally, I am impressed with what they’ve put into the S4. Some say the additional Air Gestures and eye tracking features are a gimmick but the truth is that they take a bit of time to get used to and if you don’t need them they can be turned off. Once again, the competition has it that the S4 isn’t a game changing device but the competition has nothing to offer anybody with the exception of one outstanding design. With flexible screen technology imminent I think Samsung will be the one making some game changing wearable devices. We'll see...

CONCLUSION
The two companies have very different approaches to technology. Samsung is all about the user experience and creates devices around it whereas Apple seems to think that opening up a fancy shop is innovation that contributes to the user experience.

That said I do like Apple stores... They stand out like cult churches for their beautifully designed computers and mobile devices. I know that Samsung would like to open stores of a similar nature and I think their store will make for a better experience simply because of the range that they have to offer; that ATIV Q looks gorgeous!

Let me know what you think.