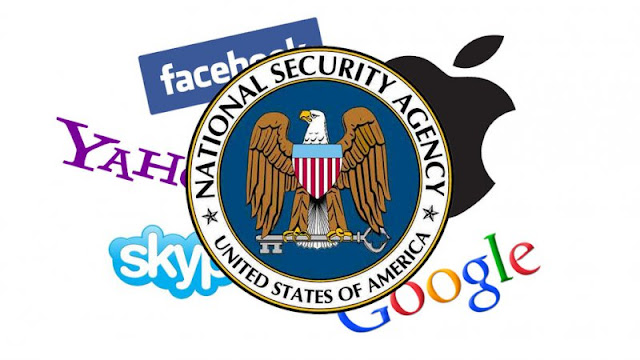 POPULATION EXPERIMENTATION
Last night / early morning, I decided to write an experimental piece to gauge the effect of Project PRISM has left upon us, the level of concern / paranoia and raise discussions.

The piece was also based upon some out there conspiracy theories doing the rounds on the Internet that have filtered down to people offline – a Neurological Network if you will. Once in a while I get approached by strangers who inform me of the elusive shadow world of the... ...wait for it... ...yes, the Illuminati and proceed to warn me of the dangers of mobile phones and joining social networks and how our information is being used to keep a watchful eye on us. Maybe I have a sympathetic demeanour why I get approached a lot and thankfully not so much of late

I am reminded of the era of J. Edgar Hoover and how the telephone conversations of Dr. Martin Luther King and Malcolm X were listened in on. Then there are the stories of undercover agents infiltrating the Ku Klux Klan, Black Panthers, the Hippies and other seemingly radical group formations. Today there are many documentaries on the Discovery channel that asks questions surrounding the deaths of US President John F. Kennedy and his brother Robert Kennedy. Oddly, there aren't documentaries on the deaths of Dr. Martin Luther King or Malcolm X... Too radical? Perhaps! But I have noticed that in almost every era there’s some kind of awareness of some conspiracy or another. In the 70s we had some theories surrounding the death of Karen Silkwood; the same things occurred: phone taps, death threats. And subsequently theories abound surrounding her fatal car crash. Skip forward to the 80s in the UK where (mostly) women set up a camp in RAF Greenham Common to protest against nuclear weapons; many women have said that they had their phones tapped and that they were spied on. The police were allegedly driving around in vans and taking pictures of the protestors presumably to create profiles. Fast forward to the present day in the UK where undercover policemen have been outed and have caused grave concern over using the identities of dead babies to assume a watertight alibi. And, of course, Project PRISM has recently come to light.

I have wondered to myself, ‘Are people unconsciously embellishing these ideas by putting their own enthusiastic and imaginative spin on them?’ You know how it is, right? Someone tells someone else a story and that someone else tells it to another and adds his or her own flavour. It is what the media does – except that it wilfully paints a false picture so that lies and truth are indistinguishable. Yet some of us feel compelled to buy into it. It’s almost unavoidable. For example I rarely buy newspapers but while I am shopping in my local supermarket I can’t resist seeing what crap is being told in some of the tabloids. Crap, but entertaining crap – sometimes!

It is interesting how technology has helped to spread the word around the world in minutes!

PHONE HACKING / IDENTITY THEFT
Recently in the UK we have also seen Phone Hacking by journalists looking to get the most up to the minute scoop on anybody they deem newsworthy, celebrities, the royal family, politicians, etc. I find it amazing as to how far these so called journalists will go to find a story. So, now the idea of spying on people has moved away from a shadow police / government and with the right equipment just about everybody can get into espionage.

I have seen many scare articles on the subject of hackers being able to hack into any mobile phone and remotely activate the microphone whereby the hacker is able to record audio from that handset without the owner knowing. The hacker is said to be able to use the camera to not only take pictures but to see remotely too.

It this makes me wonder as to how safe is our privacy when we use these wonderful gadgets. It follows that if we are able to set-up an application to retrieve our stolen handsets that can remotely record the audio and even take a snapshot of the thief then it is possible for a hacker to get into our phones without us knowing. And if a hacker can do it then so must intelligence agencies. The situation reminds me of the US TV series starring Jim ‘Jesus’ Caviezel called ‘Person of Interest’ whereby a computer genius invents a grand super-snooper-computer to pick out bits of conversation emanating from any mobile phone, CCTV and basically any electronic device with an audio / visual feed. There are echoes of Project PRISM there. However, the ‘Person of Interest’ always manages to foil the bad guy unlike Project PRISM... I mean, the tragic Boston bombings weren't foiled.

Then there are the horrendous stories of identity theft! Unsuspecting folk suddenly find themselves with a massive credit card bill and in some cases individuals are being set-up in character assassinations. How many times have we heard innocent people being falsely imprisoned or even killed through a manipulation of ID?

PARANOID?
Should I be? Should you be? Going back to this ‘shadow group of people’ this idea has now permeated the media... It’s usually a bunch of extremely wealthy people who have conspired together to become untouchable, with impunity to do as they deem fit. In Batman Begins it’s the League of Shadows; Smallville (TV series based on the formative years of Superman) it’s the Gravitas Group and in the (underrated) Watchmen movie a lone rogue former masked adventurer (superhero) heads a company called Pyramid. And we know that the Freemason’s is the worst kept secret in the world. I ask, ‘Is it our imagination of what we think Freemasonry is about because we don't really know any wiser or are the ideas based upon reality?’

Again, lately the media has paid a lot of attention to these ideas and the documentaries – if you can call them that – seem to play into our fears / suspicion rather than to answer questions in any real depth. I guess we do love a good mystery. And I guess our love of mystery plays to a part in our brain that allows the mystery to be sustained.

Of course there are many who dismiss the idea of this secret society outright. Some of the stories on the web are so outlandish it makes me wonder some more as to if the people putting those ideas out there are just trying – with some success – to make others believe the absurd. By now with these wonderful handsets featuring full HD video cameras in their millions should be able to capture shape shifting humanoid aliens, a clear alien spacecraft and other supernatural activities that are said to be “happening everyday” that many are unaware of. But the flipside of the coin is the recent outing of UK celebrity child abusers in the form of Jimmy Savile, Stuart Hall and the alleged soap opera star, William Roach. For years there were rumours about these men abusing young girls & boys that weren’t taken seriously until now. God (another popular rumour) only knows the secrets that Savile has taken with him to the grave.