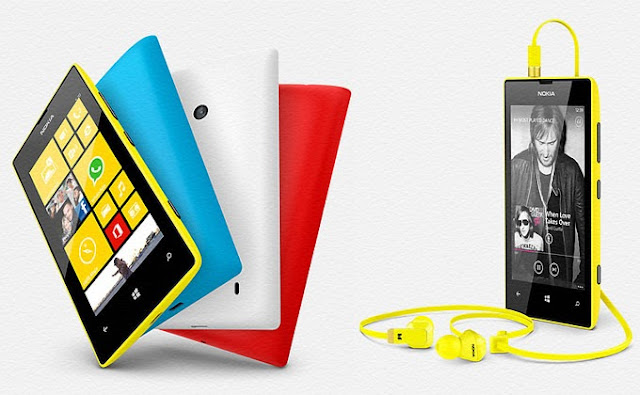 Good afternoon, Synapse Circuit Readers! I hope you had a great weekend... I sure did! Hey, are you a Dexter Fan? I sure am... I have been catching up with the latest and final series (what a shame) and it’s brilliant!

Anyway, I must have some kind of tech-kinesis because soon after I wrote an article about Nokia going Android I learn that Nokia were afraid of Samsung’s dominance...

WHAT STEPHEN ELOP IS REALLY SAYING
Stephen Elop is really saying that Nokia does not have anything in the tank to challenge Samsung’s innovations. That’s the bottom line.

I am disappointed that Stephen Elop has taken a defeatist attitude with regards to Android and using Samsung as scapegoat. Ok, to a certain degree I can see just a little bit why Elop is sceptical... Nokia fell from grace because Android and the build quality of the handsets that followed. I get the impression that Nokia simply did not understand Android and was bewildered by suddenly finding that they were not only knocked down from the number one or two spot overnight - they kept tumbling.

Nokia couldn’t have possibly known about the impact of Samsung back then. Both Nokia and Samsung pre-Android made good but poorly built handsets. If I am correct HTC had a head start on all things Android. My HTC Hero looks every bit as good as when I first bought it. I can’t say the same, as you know, for my Nokia 95. Sure, the HTC Hero’s touchscreen became frustratingly faulty though not entirely unusable. The point I am making is that Nokia quickly found itself being way behind HTC, LG and Sony. In my mind, Samsung was a maverick and they rose from being an okayish mobile phone brand with the occasional unexpected handset (pre-Android) to being the top dog!

GENIUS OR WHAT?
Just to focus on Samsung for a little bit... Yes, I am a Samsung Fan primarily because I see them as the ones coming up with technological innovations. But, trust me I am not like an ardent iPhone Fanboy / Fangirl who’d stick with the iPhone no matter what. If a better technology is released then I am on it!

I am too sure if Samsung cold calculatedly modelled the Galaxy S on the iPhone in anticipation that Apple would have an infant tantrum and meltdown which brought tremendous publicity to Samsung and their wonderful iPhone alternative. We all know the story from there on... In my opinion, Samsung worked hard to top each model year after year. That is why they dominate. Stephen Elop talks as if Samsung is threatening to nuke the competition of the market. Lol!

FAITH
I think Nokia has produced some great looking handsets with the Windows 8 operating system – I really do! As a someone who enjoys taking photos on my handsets I think what Nokia is doing for mobile handsets is inspiring.

Personally, I am not sold on the Windows 8 operating system on a handset because Android happens to serve my needs and the Windows 8 interface can be replicated on Android if some find it pleasing. Who knows? I may just pick up a Nokia Windows 8 phone to give me something more to write about.

In any event the using of Samsung as a scapegoat goes not hold water! Why? I am glad you asked! By going Windows it was a huge gamble because at the time it was an unknown territory. To be quite frank, Windows 8 is still an unknown territory; where are the apps? The one thing that was and is certain is the rapid growth of Android! All Nokia had to do was to jump on that gravy train and they still can!

THE WONDERS OF ANDROID
The great thing about Android to manufacturers is that they can use it to make any type of handset they want for each and every market or even great new markets like Samsung has done and continues to do!

I really do think that Nokia can produce a handset for the malleable Android market. The Android operating system is a nice chunk of land on which to build foundations. The greatness of the foundations is entirely up to the manufacturer.

It has been proven that the highest spec is not so important with Android handsets, it’s about functionality. Sometimes manufacturers get it wrong trying to build Facebook handsets using Android as the base when the Facebook app does what you need it to do. But that said, the Facebook handset can still work if the price is right! If Nokia could produce a Facebook based handset with a decent camera because people love to post photos for around £90 then I can see it working! If I am correct the HTC First, Facebook handset, requires a $100 upfront payment plus rental fees and if that’s the case that bird was never going to fly! Lol!

THE RACE IS STILL ON
I don’t know why some manufacturers are still insisting upon releasing “budget” Android handsets with 512MB RAM and in some cases they use Gingerbread or even earlier! Shock! Horror! This is not to say that earlier versions of Android aren’t capable but Android should go forward instead of backwards – especially now that Jelly Bean has overtaken Gingerbread and Ice Cream Sandwich as the most used version to date.

Nokia has the perfect opportunity to get a serious budget Android handset out there! The market demands it!

Once again, I’d like to see consumers having more choice over the colour of their handset: Pink, Electric Blue, Lime (Key Lime Pie), Yellow, etc. And instead of bringing out these colours incrementally they’d be there at once!

And all of the above for £80! I think they would sell by the bucket load! A unique selling point is that they can feature a block on inappropriate content to safeguard minors. Such a handset would be a boon to parents who are under pressure from their children asking for a smartphone. My brother would love to give his 10 year old son a smartphone but he is very concerned that he is not exposed to inappropriate content... Sure, it’s pretty much hard to monitor as many parents either don’t care or have given up on preventing their child or children from being exposed to potentially mentally damaging content.

I don’t see any handset manufacturer being aware of children where surfing the Net is concerned. I think manufacturers are passing the buck leaving child protection to parents who may not be tech savvy!

What do you reckon? Would you like to see Nokia go Android? After all it is the most dominant operating system on the planet! Nokia is losing out!