MOTOROLA ON THE ROPES? 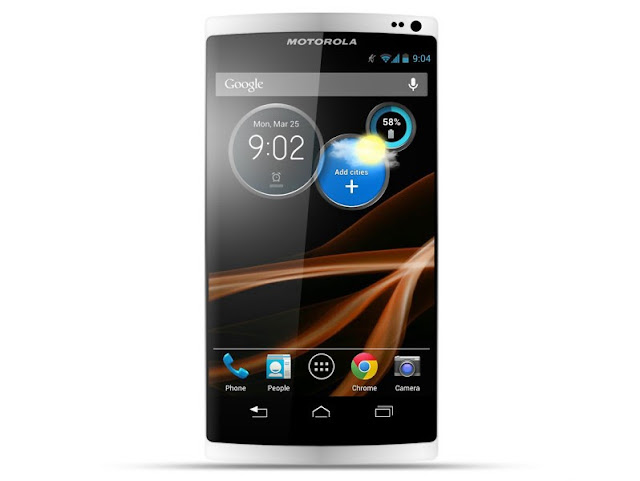 SYNAPSE CIRCUIT
MOTOROLA ON THE ROPES?

Good evening, Synapse Circuit Readers! I hope you’re sitting comfortably after a productive day! And if your day is unravelling there is still time... The tech press can be a funny old game whereby there are times when you read a headline and do a double take... Such is the following headline...

CAN A BUILD-YOUR-OWN-PHONE SAVE MOTOROLA'S BACON?
C’mon, do you really think that multibillion dollar Google would take on Motorola without a long term plan to make the company competitive? Think about what Google has been doing over the years...

Android; the open source operating system was initially viewed as a fad when it first started out in what seems like only yesterday. Look at Android now. Android is firmly in the driving seat at the moment.

YouTube, when Google bought it I can’t say that I was paying attention to the company. All I knew of them was the search engine. There weren’t many that saw how they could make money with it. Now there are some serious YouTube channel creators who have earned millions from their innovative stations. On some cable TV subscriptions you will find a YouTube channel!

How about Chrome? Before Google Chrome I used to use Internet Explorer and Firefox – oh, Opera too! But I have been using Chrome for the last few years! I think Chrome is the best browser ever! Hey, if you don’t think so then that’s ok with me. Lol! What works for me works for me!

LACKLUSTRE?
Yes, I guess you can say that the Motorola has been lacklustre over the last couple of years. They’ve had some success with the RAZR MAXX, RAZR i / m range of handsets but in comparison to Samsung, HTC and LG the Motorola handsets come across as pedestrian and it is easy to see why.

When you look at past adverts for the RAZR MAXX and RAZRi (UK handset featuring the Intel chip) they do not say too much about the functionality. What you get is the materials the case is made out of Kevlar and edge to edge screen (with the RAZRi). That’s it! Whereas Samsung’s premium products, S4 and Note 2 (soon to be 3) we get to see a plethora of features and functions that draws people in. HTC, this year, haven’t been too bad... The look of the magnificent One has been a great success alone; a great lesson in design – it simply blows anything else out of the water looks-wise.

Personally, I can’t see why Google hasn’t put more into the ads for the Motorola handsets. There again, come to think of it, Google doesn’t seem to spend anything on advertising the Nexus as it seems to sell itself. So, what, I wonder, is the strategy of Google Motorola? That’s the billion dollar question.

Could it be that they are going to either phase out the RAZR range and / or let them drop greatly in price? The RAZRi has been steadily going down in price; I got mine from supermarket chain, Tesco for a decent £15 rental.

I think that Google Motorola must be planning something different for the future. Now that Motorola is firmly under Google, demonstrated by the new logo, we are going to see Motorola bouncing back with great style obviously starting with this curious ‘build-your-own-phone’ product that has now got everyone (interested in mobile phone technology) talking. I am just dying to see what this design your own phone entails.

I think the second strategy is to make Android handsets very, very inexpensive (as I have said many times before). Is it possible that we’ll see – in the not too distant future – vending machines for disposable handsets that can be recycled? Ok, maybe that is too farfetched but, keeping CEO Larry Page’s speech in mind at the i / O conference, I believe we will be seeing good, powerful handsets at a very cost effective and competitive price. If this theory should be proven right one can expect to see what effectively is in the RAZRi:

4.3” screen which will probably not be of HD standard to keep the costs as low as possible.

An Intel CPU of some sort. Intel must be hungry to cement itself as a CPU company for mobile markets. If sales of the PC are not as great as they used to be then Intel needs this!

Get ready... Like it or not, this is only possible with Android.

THE GAUNTLET
“The first smartphone designed, engineered and assembled in the USA is coming.
It’s also the first smartphone that you can design yourself. Because today you should have the freedom to design the things in your life to be as unique as you are.
And this is just the beginning. By the end of the summer we expect there to be more than 2000 new employees in Ft. Worth, TX working to make all of this possible. Imagine what else you can do when you have the world's best design, engineering and manufacturing talent located here in the USA. ”

Now that’s a throw down if ever I saw one.