Goodhour, Synapse Circuit Readers. How are you? I hope that all is well in your world! Today we got some awesome news in the form of the fantastic Galaxy Note 4!

Did the Galaxy Note 4 launch make your day?

I for one am very, very happy to know that the Galaxy Note 4 will be my upgrade later on this year! I hope to bring you a review before then! 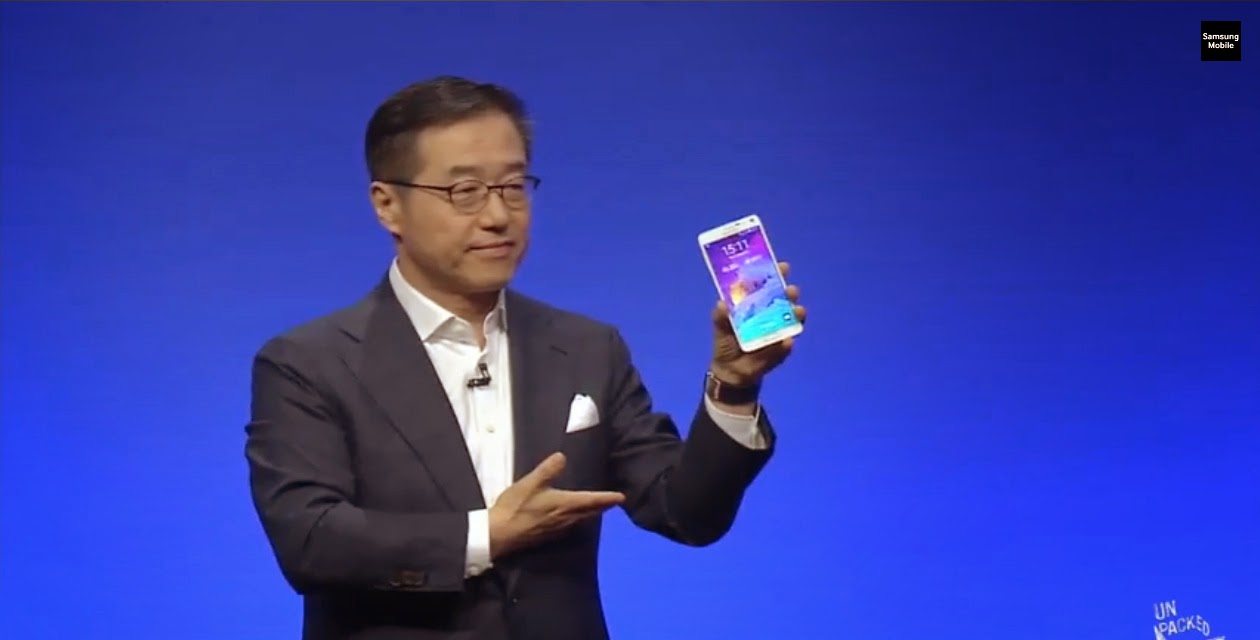 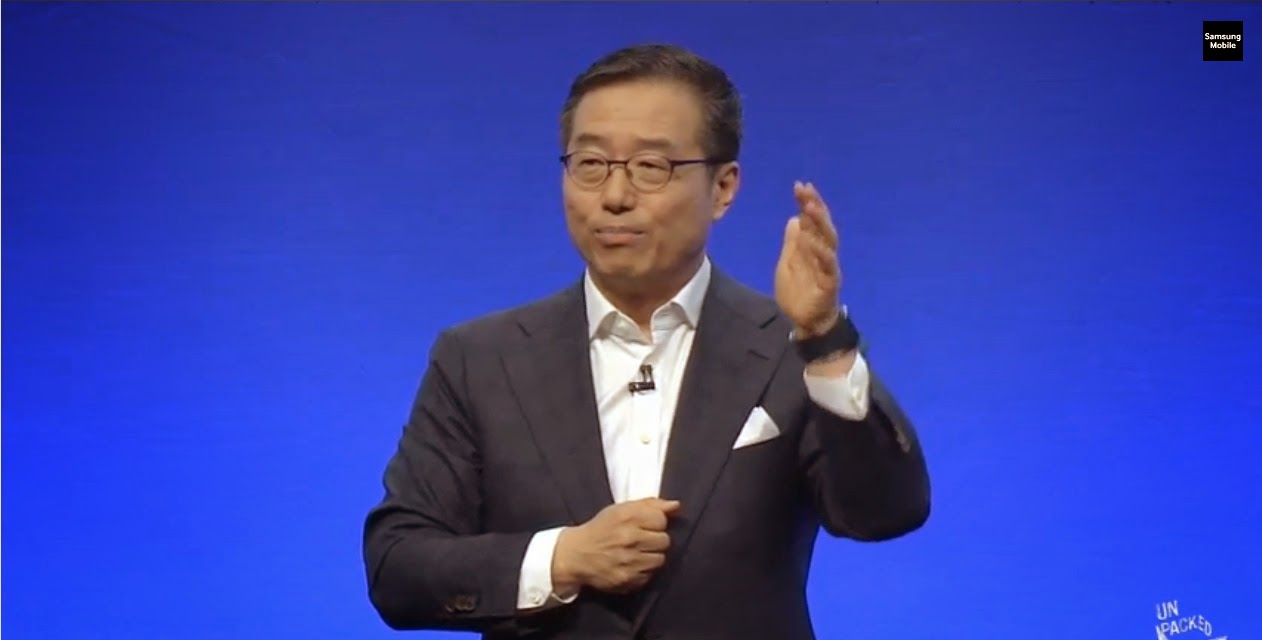 DELIVER US FROM THE ORDINARY
Okay... Hmmmm... I have to get it out straightaway that the Galaxy Note 4 does not have a 64-bit processor. However, that’s not such as big deal as we Galaxy Note owners know what the device is capable of!

The Galaxy Note 4 design is a noticeable refinement of the Galaxy Note 3 but with a metal edge! I can’t say that I am disappointed with the design as my 2 year contract meant that I had to bypass the GN3! But we have the QHD screen as desired! YAY!!!! And thankfully the battery remains removable! But Samsung, predictably, didn’t stop there! Uh-uh! Samsung truly unloaded... ...BIG TIME!!!!

FULLY UNPACKED EPISODE 2
First let me say that the event was beautifully presented; it was an excellent balance of the showmanship and fact featured! Unpacked Episode 2 reminded me of the introduction to the Galaxy S3 (with Suzi Perry presenting) only this time around we have UK TV presenter and brainbox, Rachel Riley (who coincidentally co-presents a TV tech show that Perry used to present on) co-presenting alongside Rory O’Neil (Samsung Marketing Director Europe) and David Park (Senior Manager Samsung HQ). Together they had a presentation style that is similar to our favourite tech TV programmes and it worked! They concentrated on what the products can do and how they will enhance our lives. No hidden snide or blatant attacks towards the competition but a pure Samsung vision of our not too distant future – October to be more precise as to when these products will be available in the retail outlets! 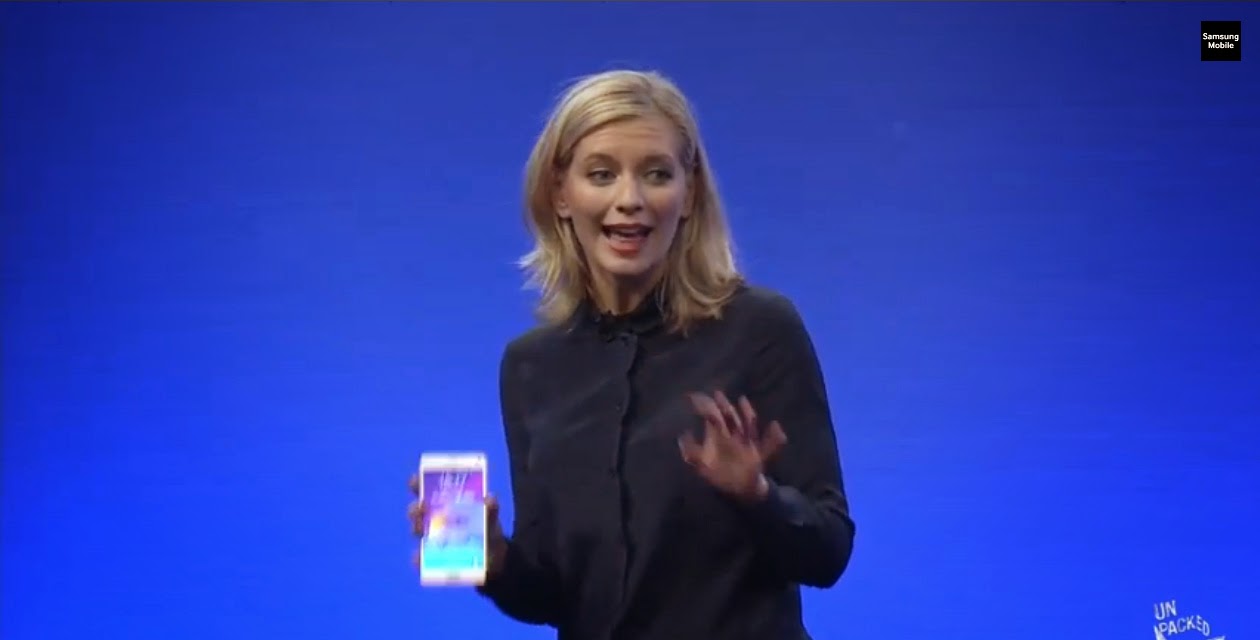 I do love the functionality of both models! The Galaxy Note Edge has different edge screen displays for notifications, fast app selections and in camera mode we get a virtual shutter button! Yay! I love it! I do love the 16MP camera with the optical stabilization for clearer pictures on both models! And there is also the introduction of the Wide Selfie front-facing camera mode to take a picture of you with a substantial number of people beside or in the background from a wider angle than before! Cool!

WISH FULFILMENT
With regards to the hardware and design I really didn’t expect too much of a departure with the exception of the Galaxy Note Edge. I am quite happy with what was delivered! The leaks gave me an indication of what to expect and so I wasn’t disappointed. Yes, the Galaxy Note 4 comes in a selection of different colours:

This could mean that certain international markets may just get the Charcoal Black and Frost White only and / or have a choice of colour much further down the line. I can only hope that by the time I am due for my upgrade that the Blossom Pink choice will be available to me! I doubt it! Lol! But it doesn’t matter too much!

The event started off with a couple of musicians playing live with the aid of what appeared to be the Galaxy Note 3 i.e. synthesizers and drums were triggered from the GN3 devices to great effect! However, the presenters did not go into detail about the default apps. I’ll just have to see when the Galaxy Note 4 becomes available for review!

TOUCHWIZ
We didn’t get to learn anything much about TouchWiz other than it was going to be less intrusive. But from what I have seen the UI overlay looks like a good improvement. I wonder how the pernickety (iPhone biased) reviewers will score it...

You probably won’t have to wait for my review as the Samsung quality speaks for itself. I can’t wait to get my hands on it to see for myself! My Galaxy Note 2 makes use of the Nova Prime launcher!

I noticed that Samsung refrained from going into great details about the TouchWiz UI functionality which I think is wise as it could detract from the main features!

GEAR S
I was very impressed with the Galaxy Gear S and according to the presenters there are over 1k apps available for it! I do love the design of the Gear S based on the gorgeous looking Super AMOLED curved screen! As you know it features its own SIM card on 3G and it also syncs with the Galaxy S and Note handsets! You can go jogging and leave your main handset at home for example!

Samsung has gone to great lengths in its smartwatch offensive and I think that Gear S has an immense potential to affect the mobile device market in a big way! I would imagine that Samsung has been doing its best to get the smartwatch right as Apple are gearing (hee hee) up to launch its smartwatch, iWatch(?) and the press is bound to make a bigger deal of it than with Samsung’s efforts unfortunately! It’s funny... ...whenever Apple does any sort of launch be it the iPhone, iPad, etc they usually get international news coverage on the TV but Samsung rarely gets the same attention. The Gear S should not be overlooked! I want one already! Lol!

GEAR VR
As predicted we saw the Gear VR making its debut too! Hmmmm... I think the Gear VR will go down well with gamers and those who like an immersive interactive experience. Me? I am not too sure at this moment in time as I have never been a gamer. But I can see potential for applications of an educational nature. The only catch I see with the Gear VR is that it you need the 5.7” Galaxy Note 4 in order to experience the virtual environment as it is the Gear VR screen! Bummer! This makes sense in terms of the Galaxy Note Edge being somewhat of a limited edition. I am sure that absolute tech fanatics will opt for both devices (GSN 4 and Edge) as I can envision the GN Edge as being something of a collector’s edition that nobody will part with! 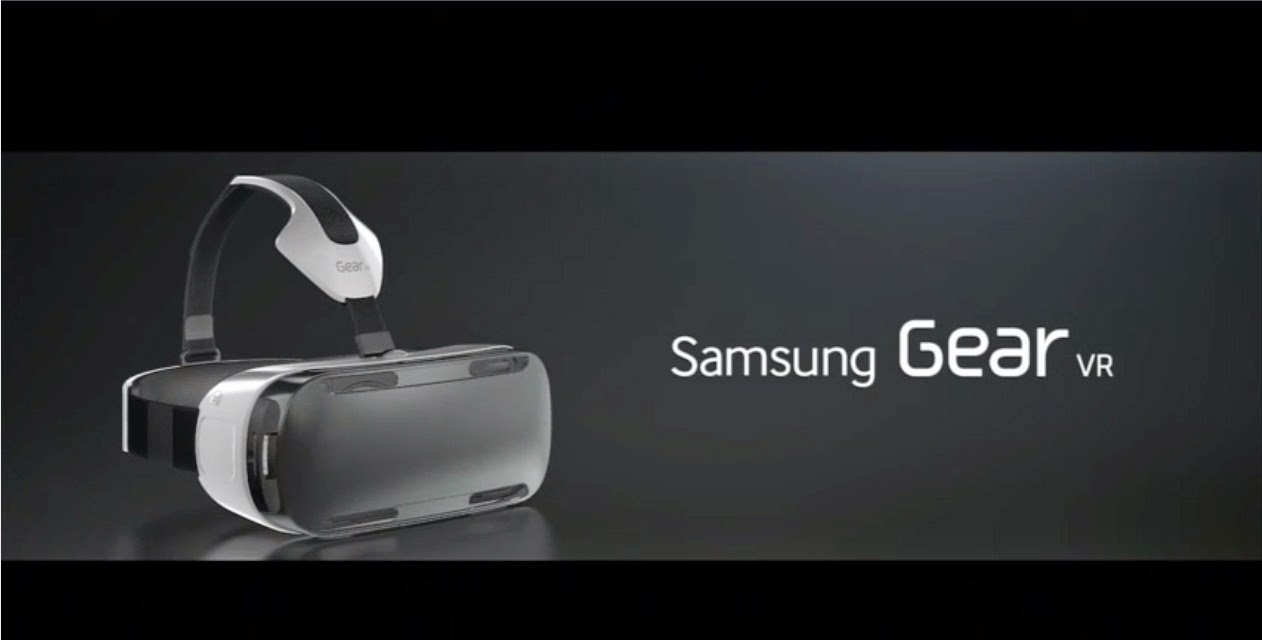 CONCLUSION
Yes, I reckon there will be some disappointment because there is no 64-bit processor! However, Android 5 could make a vast difference in terms of response on the hefty 2.7 GHz quad-core and 1.9 GHz Octa-Core (1.9GHz quad + 1.3GHz quad-core) processors. 64-bit isn’t that much of a big deal in my opinion as I can’t see on the iPhone 5S what it does to enhance the usability.

It will be interesting to see what Apple launches in 6 days time; will the iPhone 6L make its debut and if so will it detract from the Galaxy Note 4 and Edge? It’s hard to tell as I suspect that Apple may not be able to feature a QHD screen because it will make it a pain for the app developers to create apps in that high resolution. App resolution is what kept the iPhone screen so small for so long.

In my opinion Samsung has showcased great products today that should see them rise to the top where innovation and desirability is concerned. As someone who loves to be creative I can’t see any other choice than the Galaxy Note 4 or Edge as my next handset. Oh, I was hoping for a 7” Galaxy Tab S with 4G built in as it could have been my tablet purchase but I guess that such a device could be in danger of cannibalizing the Galaxy Note 4. However, you ought to note (pun unintentional) that there are apps specifically for the tablet starting at 7”! If you intend on picking up a Galaxy Note 4 or Edge expecting to access apps made for the tablet you had better think again! 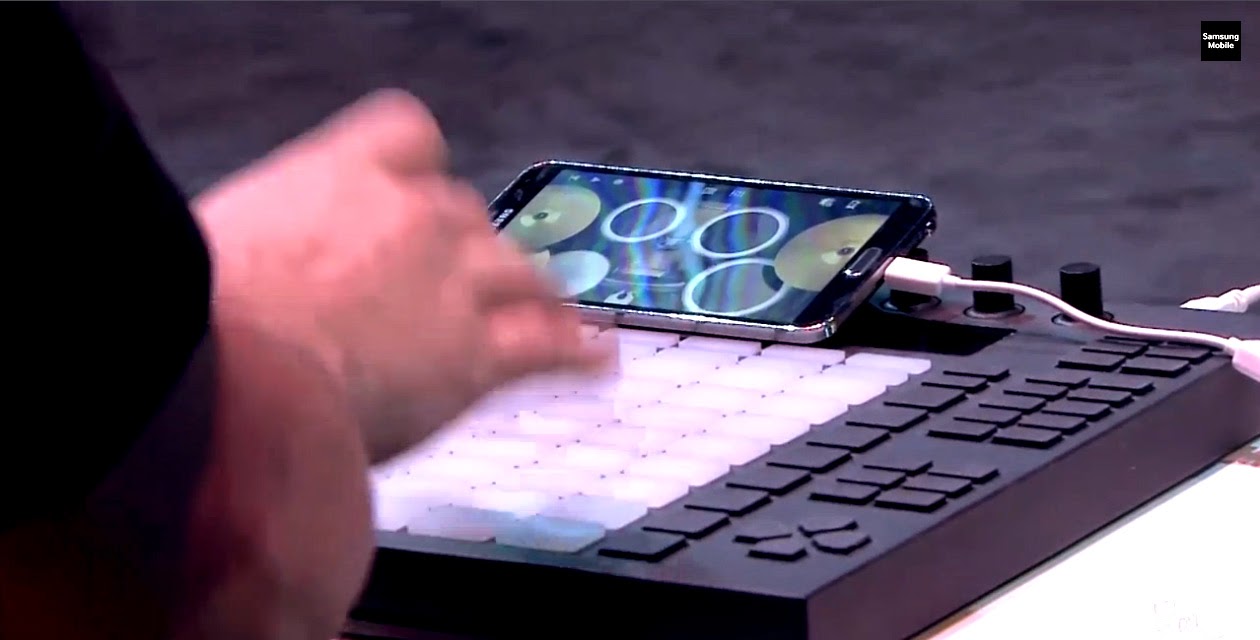 Above: You can't beat a Galaxy Note! 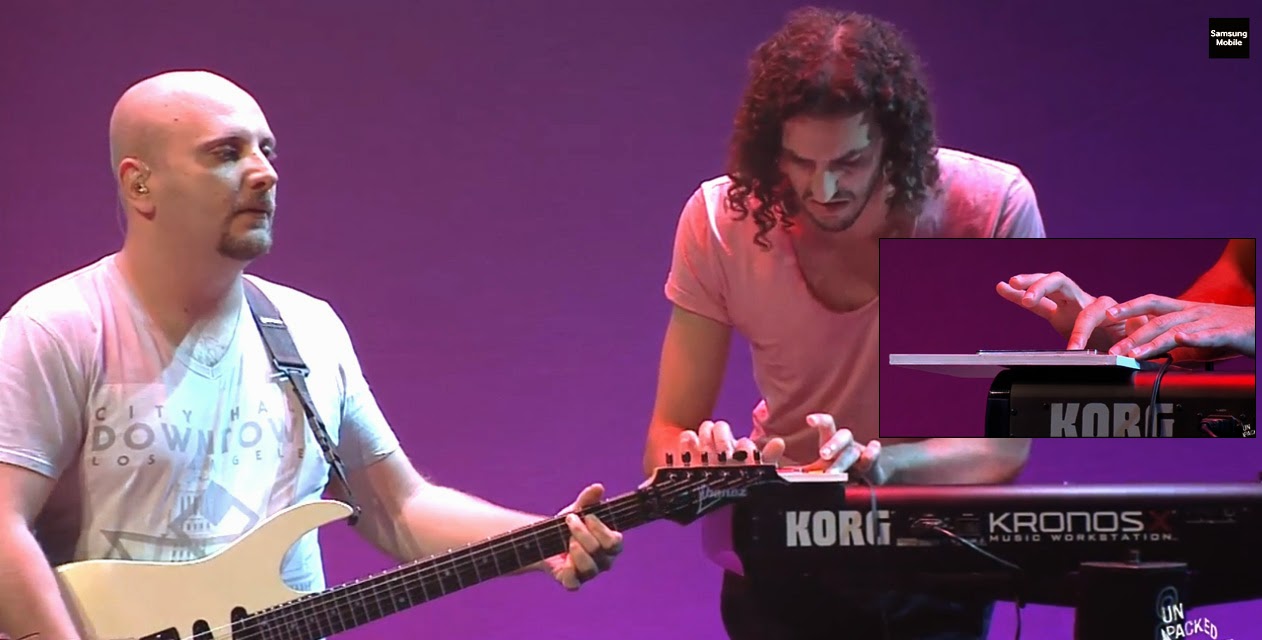 But to leave you on a positive note (sorry, unintentional) there are great enhancements in the Galaxy Note 4 and Edge that makes it a MUST HAVE for the purpose of business, journalists – what with multiple microphones for conducting interviews, musicians, photographers and other creative endeavours. I am hoping that I will be able to upgrade a month or two early!

Things to think about...

STANDBY FOR REVIEWS AND COMPETITIONS!

Synapse Circuit for tech news, opinions, articles, reviews and competitions. You will find interactive PDF magazines, videos and links to free legal software! Check it out at Synapse Circuit dot com
Posted by Unknown at 10:21