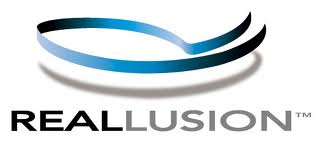 Reallusion introduce 48 hour Live Final Contest with chance for filmmakers to win over $33,000 in prizes.

This Reallusion iClone 3D animation competition has been successfully held in Taiwan for the past 3 years. This year, Reallusion will host a 48 hour live contest* which will allow students around the world to immerse themselves in a real-time 3D animation experience! Filmmakers will have a chance to win over $33,000 in prizes and there will be two job opportunities with Reallusion in Taipei and SOEASY-CN in Beijing. The qualification round starts on May 1st 2013, and is open until June 30th 2013 for users of Reallusion's iClone 4 and iClone 5 to create and submit their films. The Live Contest will be held from 3rd September 2013 until 5th September 2013. Finalists going through to the Final Live Round Contest will be notified by July 31st 2013.

The competition is open to entries from Taiwan, China, Japan, Korea, United Kingdom, Poland and Germany. College/university students or student groups who live in, or are citizens of the area where the original work was created with Reallusion’s iClone are eligible for entry.

The official ASIAGRAPH contest website details the rules and entry process along with a complete list of prizes.

For more information on Reallusion iClone please visit: http://www.reallusion.com/iclone/
Information about ASIAGRAPH is available from: http://www.asiagraph.jp/english/index.html

*Reallusion and I-SOU University will cover the cost of transportation from Taiwan airport to the competition venue, the accommodation and meals from September 3rd-5th, plus travel insurance from September 2nd-5th 2013. Flights to Taiwan are not included