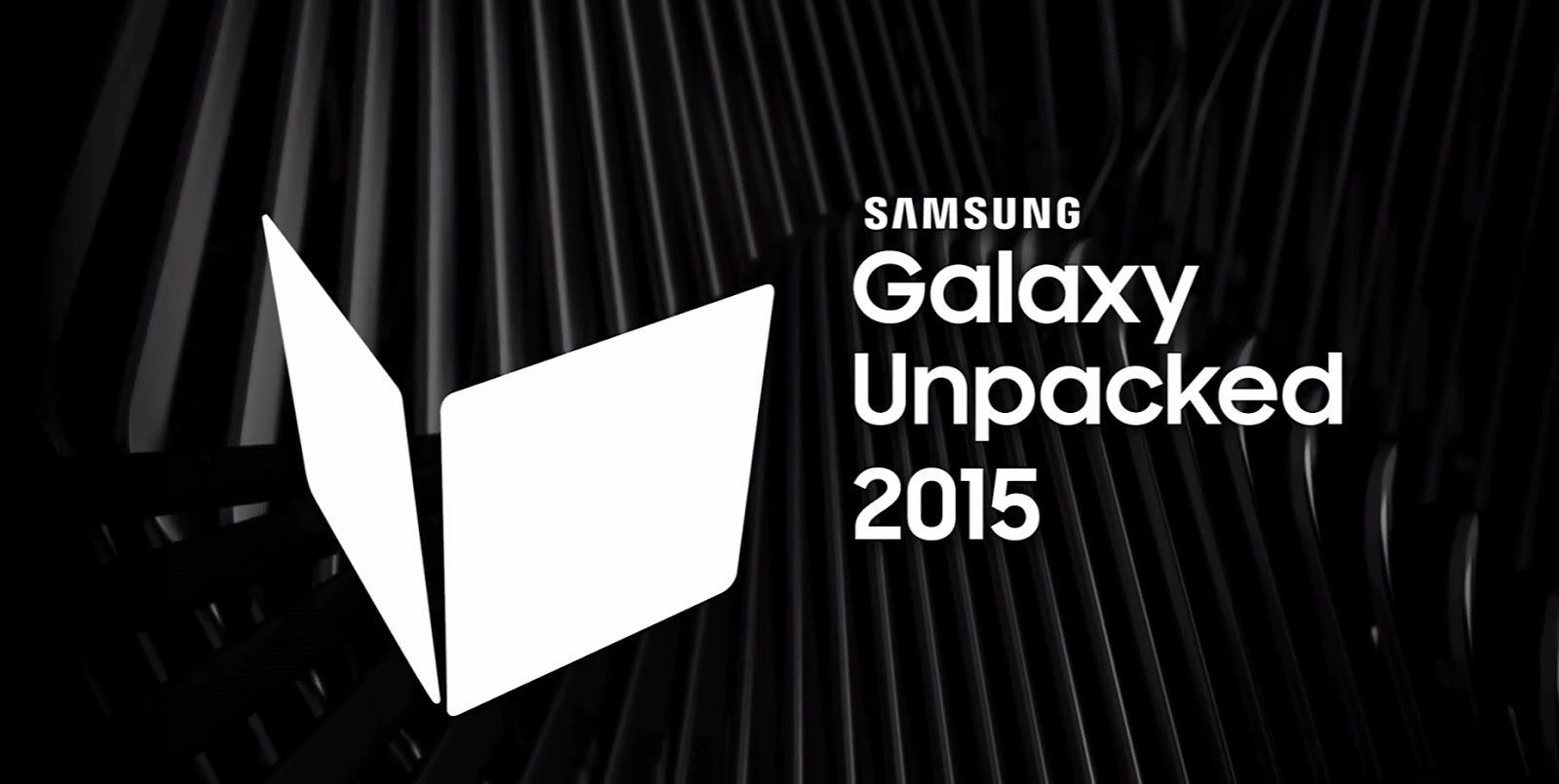 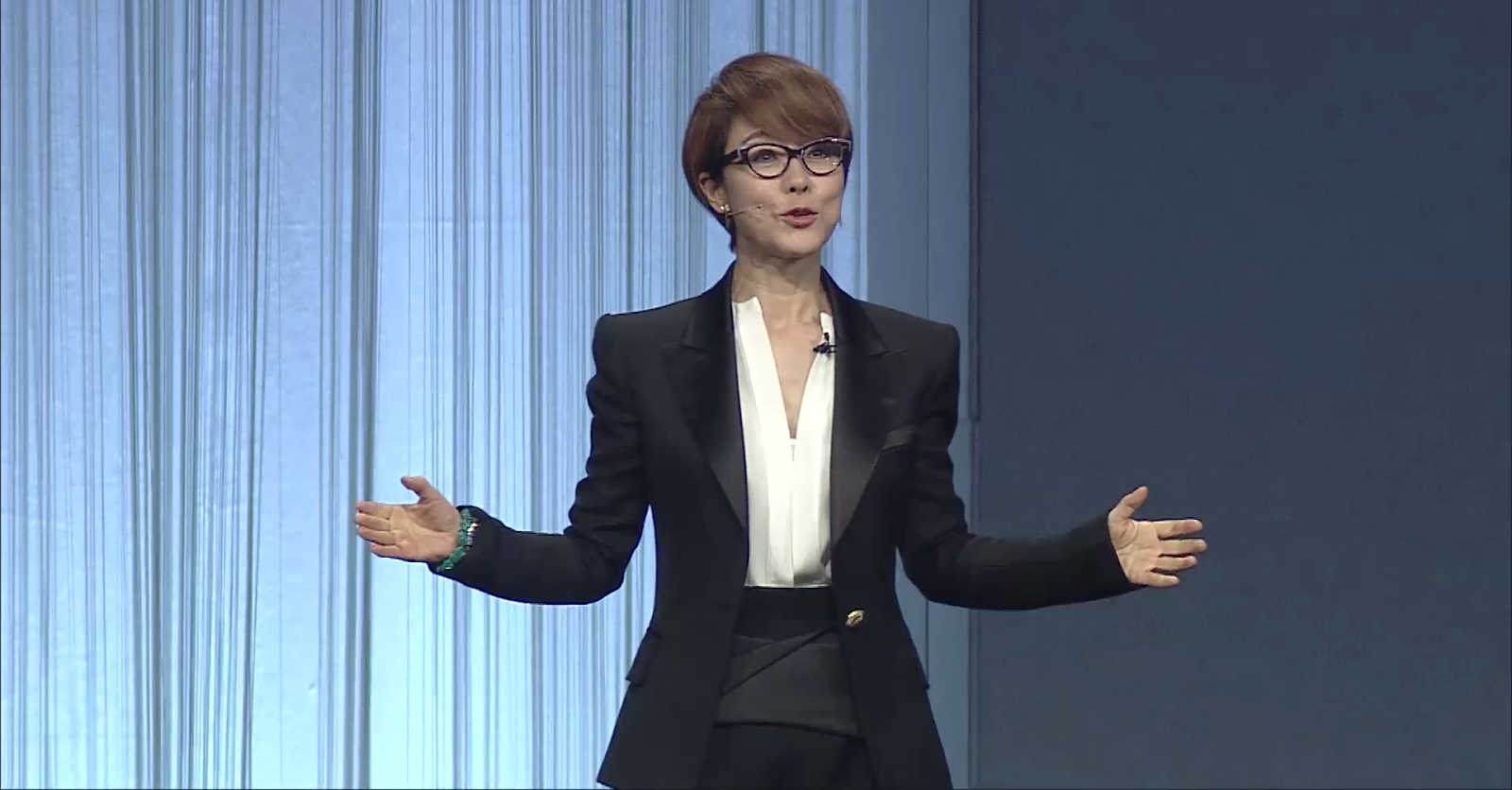 Goodhour, Synapse Circuit Readers! How are you today? Me? I am feeling wonderful! I am excited about the Samsung ‘The Next Galaxy’ Unpacking event at the Mobile World Congress, Barcelona! 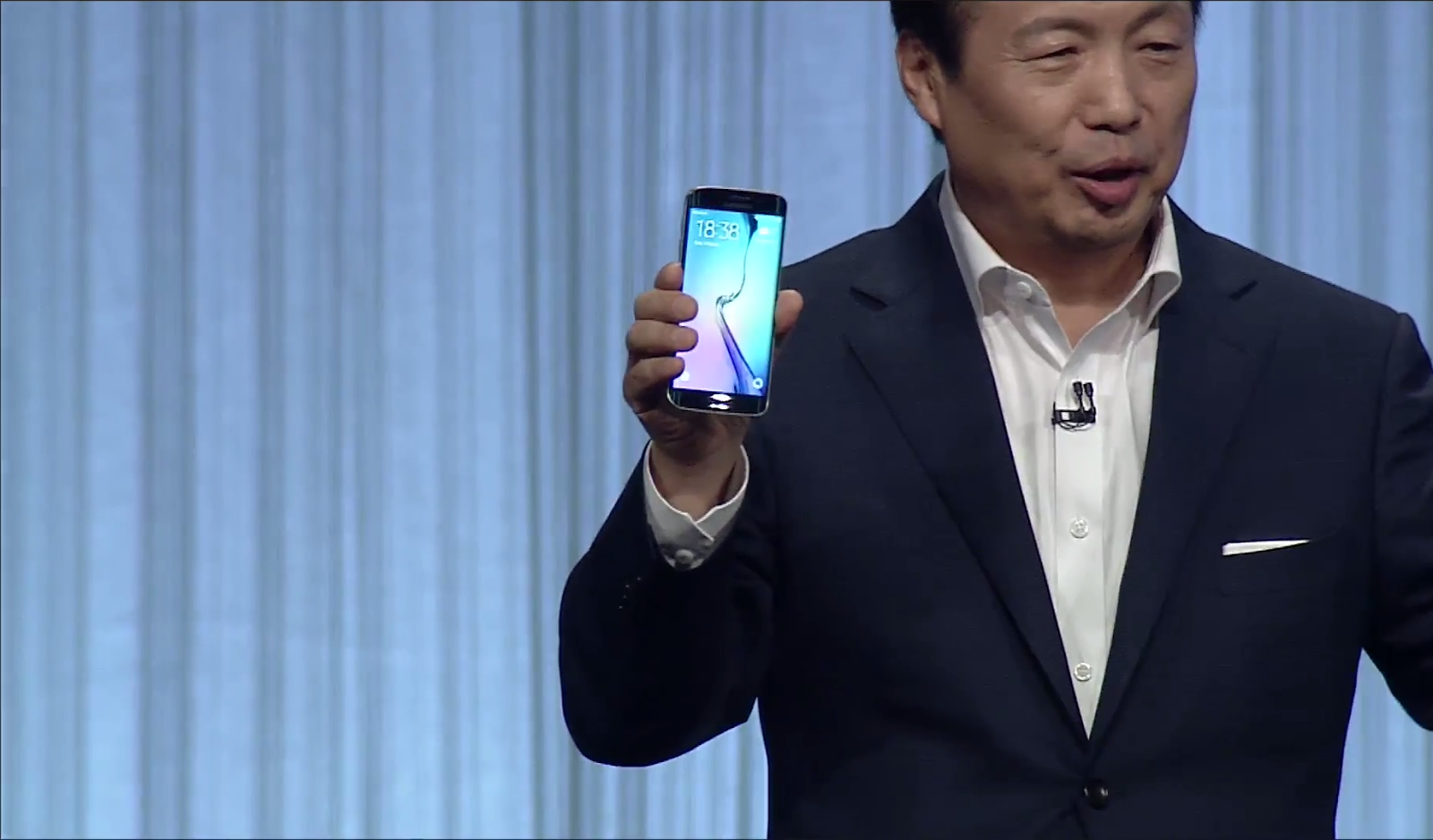 Above: President & CEO of Samsung Electronics.

This is the moment we have all been waiting for! Here’s my reaction... Read on...

That’s my first impressions on the Samsung Galaxy S6 and S6 Edge. Despite the multiple “leaks” it is always something else to see the actual handsets themselves.

The design is great; I will agree with Samsung that it is “Ground Zero”. I have made no secret what I feel about the iPhone design – it’s bland. Samsung have done a fantastic job on the aesthetics; the “leaks” pointed to a metal and glass unibody and to see it is awesome! Gorilla Glass 4 is the toughest glass material thus so far and promises not to be as delicate as the competition.

The Galaxy S6 & S6 comes in 4 different colours: White Pearl, Black Sapphire, Gold Platinum, Blue Topaz. From different angles you will see some slight colour changes i.e. on the Gold Platinum handset it appears to have more gold from one angle and from another it appears more platinum. I can only hope that all the colours will be available at the same time and that we don’t have to wait further on down the line for more of the colours. Where are my Electric Blue and Neon Pink? Bah!

What I like about the Galaxy S6 Edge is that it manages to be markedly different from the Galaxy Note Edge. I like that you can keep a list of favourite contacts at the edges and colour code them so that you know who’s calling as the screen illuminates in the colour of that person. 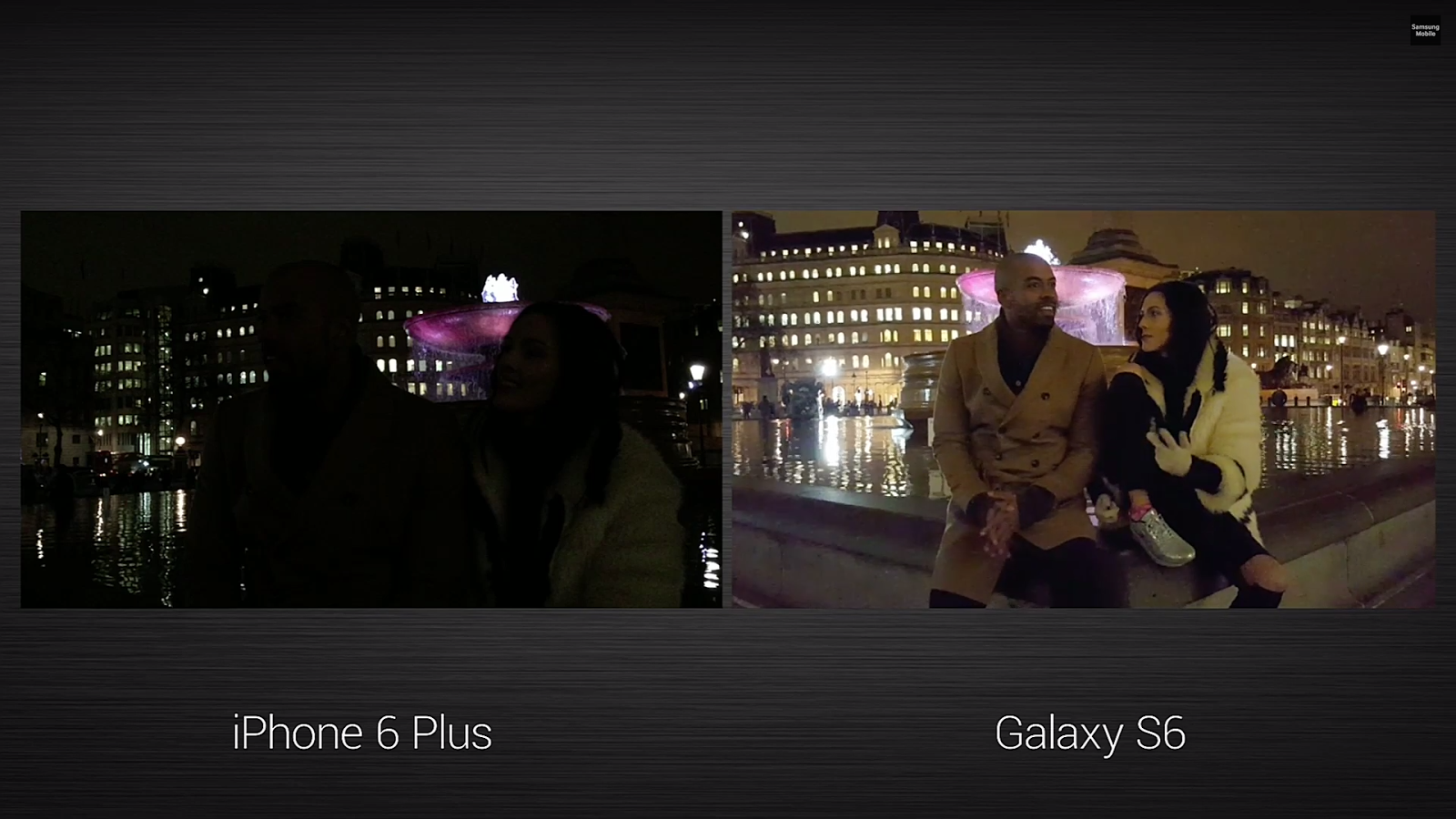 I had a feeling that Samsung would go 16MP instead of the much rumoured 20MP but the features are outstanding! Samsung uncharacteristically placed the camera of the iPhone 6 Plus next to the Galaxy S6 and it blew it out of the water and evaporated it! The Galaxy S6 & S6 Edge cameras are a gift to the smartphone photographer! I can see myself taking loads of pictures with the Galaxy S6 Edge this year – all year round! I love the low light F1.9 aperture lens on both the front (5MP) and main camera will mean fantastic night / indoor photography. The quality of the video recording looks simply amazing! Oddly, Samsung didn’t go into details regarding 4K. Hmmm... Could it be once again limited to 5 minutes?

Anyway, like the Galaxy Note 4 the camera on the Galaxy S6 & S6 Edge has OIS (optical image stabilization).

From the “leaks” we knew about wireless charging and that is a great feature. While some people were panicking a little about a non-removable battery I got the feeling that Samsung wouldn’t do this unless the battery usage was going to be optimized. You can get 4 hours of use from a 10 minute charge! Again, it boils down to what you are doing on the handset that impacts on the battery. Many, many manufacturers make great claims on the battery but it is mostly a different story in reality. However, I must say that Samsung batteries have the most longevity.

BEYOND WOW
Now that I have regrouped I can write more objectively...

I can see that Samsung have delivered an experience similar to that of the iPhone only that they’ve done away with the 16GB option to go as follows: 32, 64 and 128 GB. I should imagine that the networks in the UK will have all three available options. Yes, no microSD card slot and I can live with that with the available storage options plus Google Drive, Dropbox and Mircosoft OneDrive! Not having a microSD card is definitely not a disaster (as far as I am concerned). This may upset some Android fans but if hardcore Android fans have bought into the Google Nexus line of handset then I do not see the problem. No doubt that it would have been the cherry upon the icing to have more storage options but, like I’ve said, it is no big deal.

The Galaxy S6 & S6 Edge are unmistakably premium; this should put an end to those that have complained incessantly that the premium Galaxy handsets don’t feel as such. Personally, I don’t mind the durable plastic (as you no doubt know if you have been following my Samsung related articles). Having a non-removable battery is no big deal due to the fast charging times and that the 64-bit Exynos processor and other hardware aspects are more energy efficient. I believe Samsung where the battery is concerned. Will coffee shops feature wireless charging???

It seems as though Samsung have put in place a better payment system than Apple Pay with Samsung Pay that includes credit, debit and NFC. Cool!

SUBDUED
Although I enjoyed the Unpacking a lot I did miss the how Samsung would go into more detail to actually demonstrate the interface and functions. Although some of the features were explained such as the cameras and interface I would have liked to have seen more! We didn’t see how the fingerprint sensor has improved – if at all!

On the plus side Samsung eschewed using an annoying celebrity MC to demonstrate functionality. If you are going to use a celebrity then use one that people like! Lol! Although I haven’t reached celebrity status I would love to have done a demonstration with Samsung. When celebrities deliver their dialogue it nearly always sounds stilted. And it is highly likely that once the Unpacked event is over they’ll go back to using their iPhones and to continue endorsing it at every opportunity on their Apple biased tech shows! Samsung should use someone that uses a Galaxy handset in the future. I reckon I am able to deliver dialogue on the fly without a script as I know the premium Galaxy handsets quite well!

I was quite surprised to see that Samsung didn’t reveal anything else except for a Galaxy VR Innovator Edition for the S6 and S6 Edge – unlike the Gear VR for the Galaxy Note 4 that isn’t compatible with the Galaxy Note Edge.

We didn’t get to find out what the audio features are about. Does it support pro audio like the Galaxy Note 4? Will it have the Soundcamp DAW (digital audio workstation) app? What does it sound like? Can that little speaker at the bottom blast out the sounds?

I really would like to see Samsung restore that certain flair that no other manufacturer has when showing off new products! I

VERDICT
Well, it looks like the Galaxy S6 Edge will be my new handset when it is released in the UK. I think Samsung has done a sterling job on the design, the camera, hardware-to-battery optimization. From where I’m sitting the Galaxy S6 & S6 Edge are the best high-end premium handsets in the world – thus so far! I never saw the iPhone as the benchmark to beat in terms of the design. The only thing I appreciate about the iPhone is that there is no lag on the interface. However, lag on the apps is another thing... ...several of my iPhone friends complain about apps crashing on a regular basis for no apparent reason. 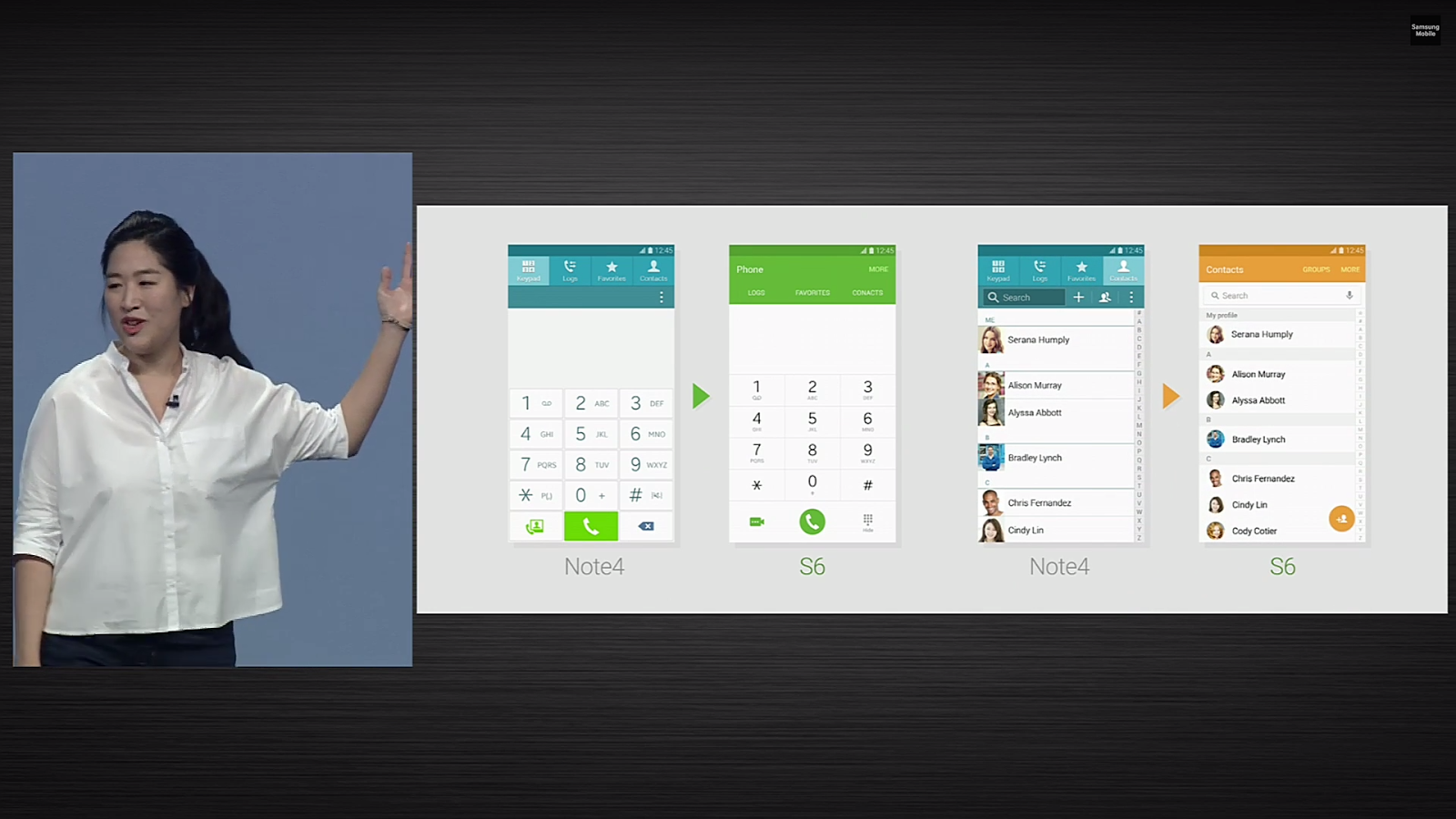 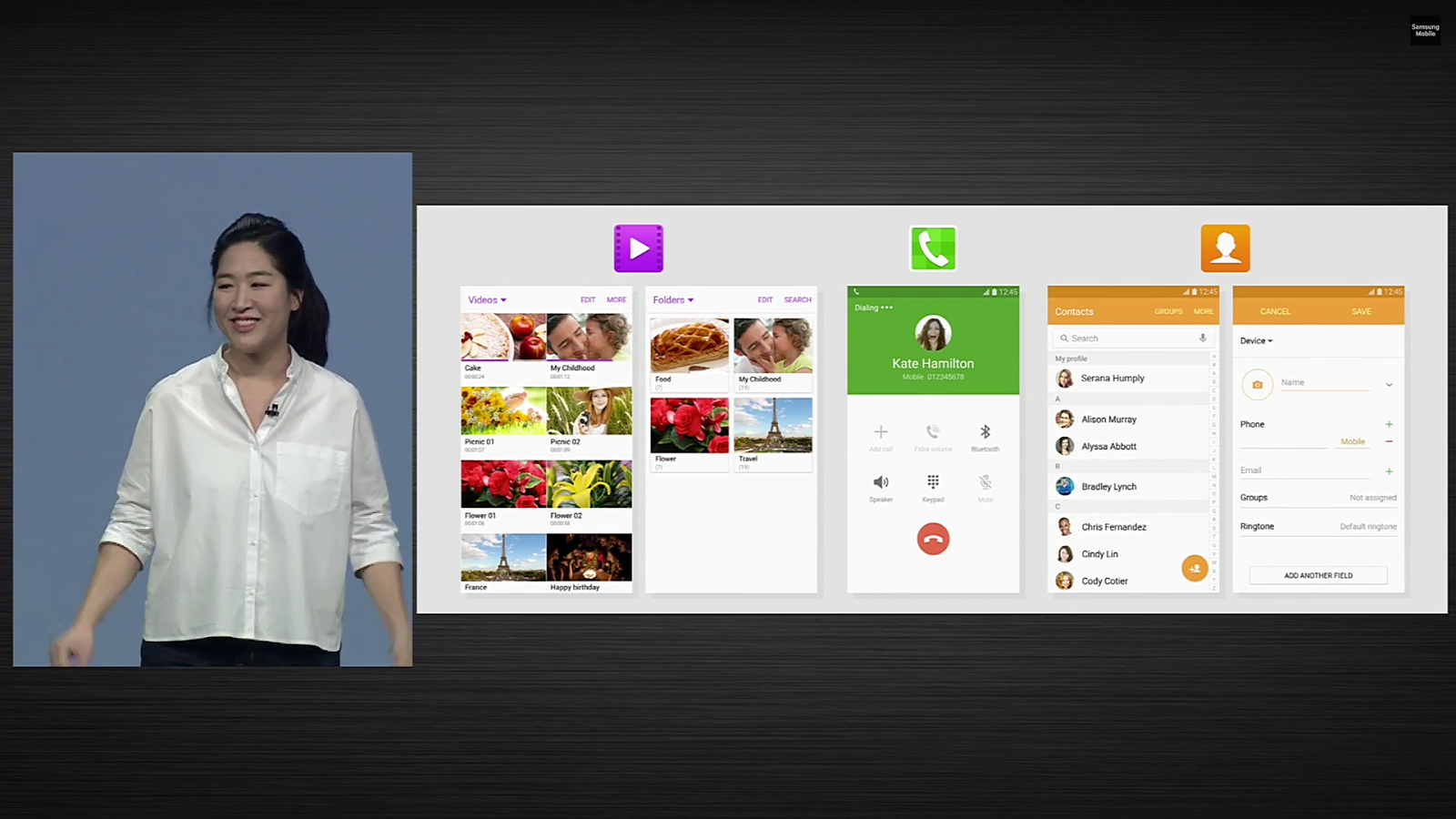 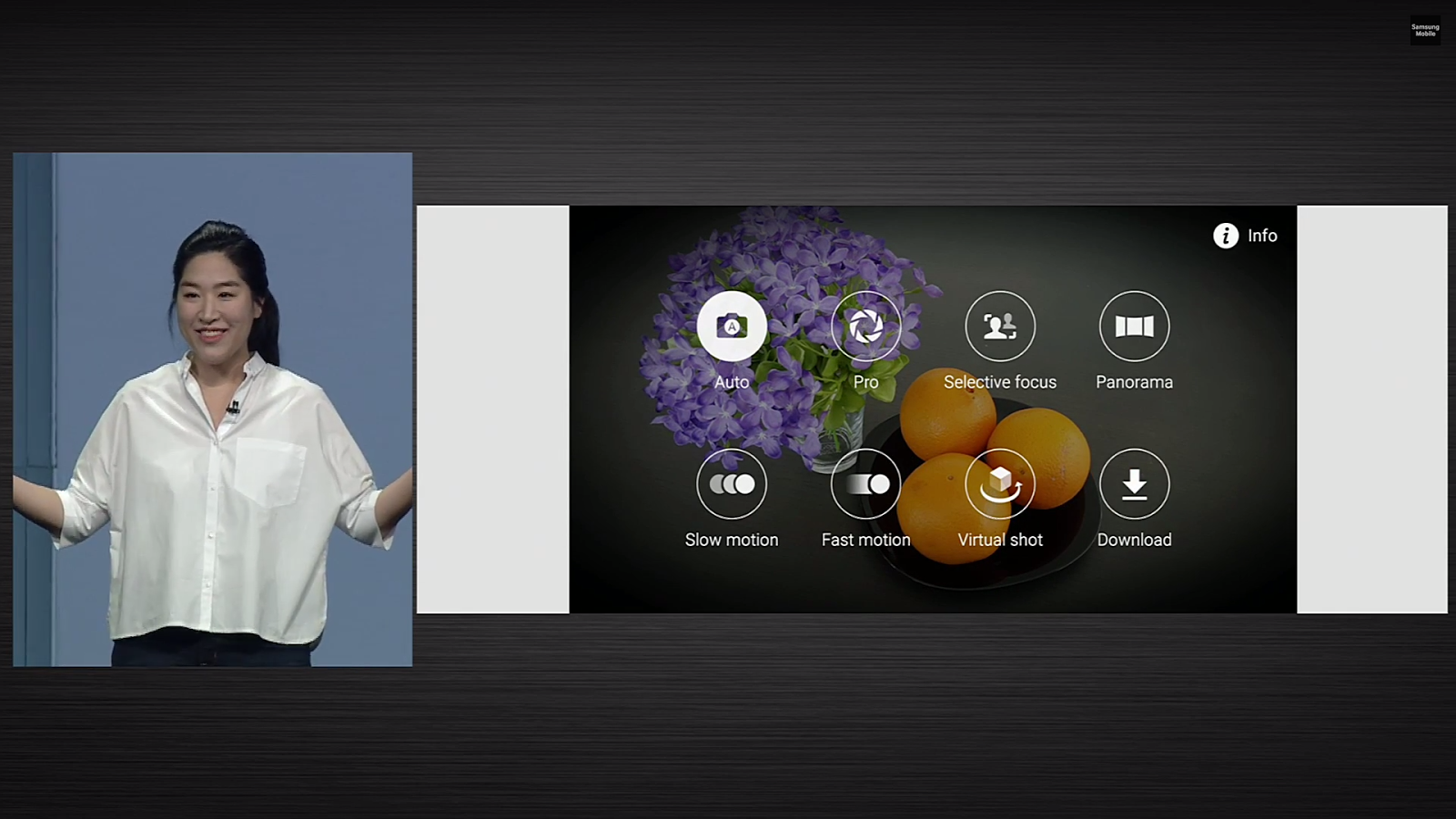 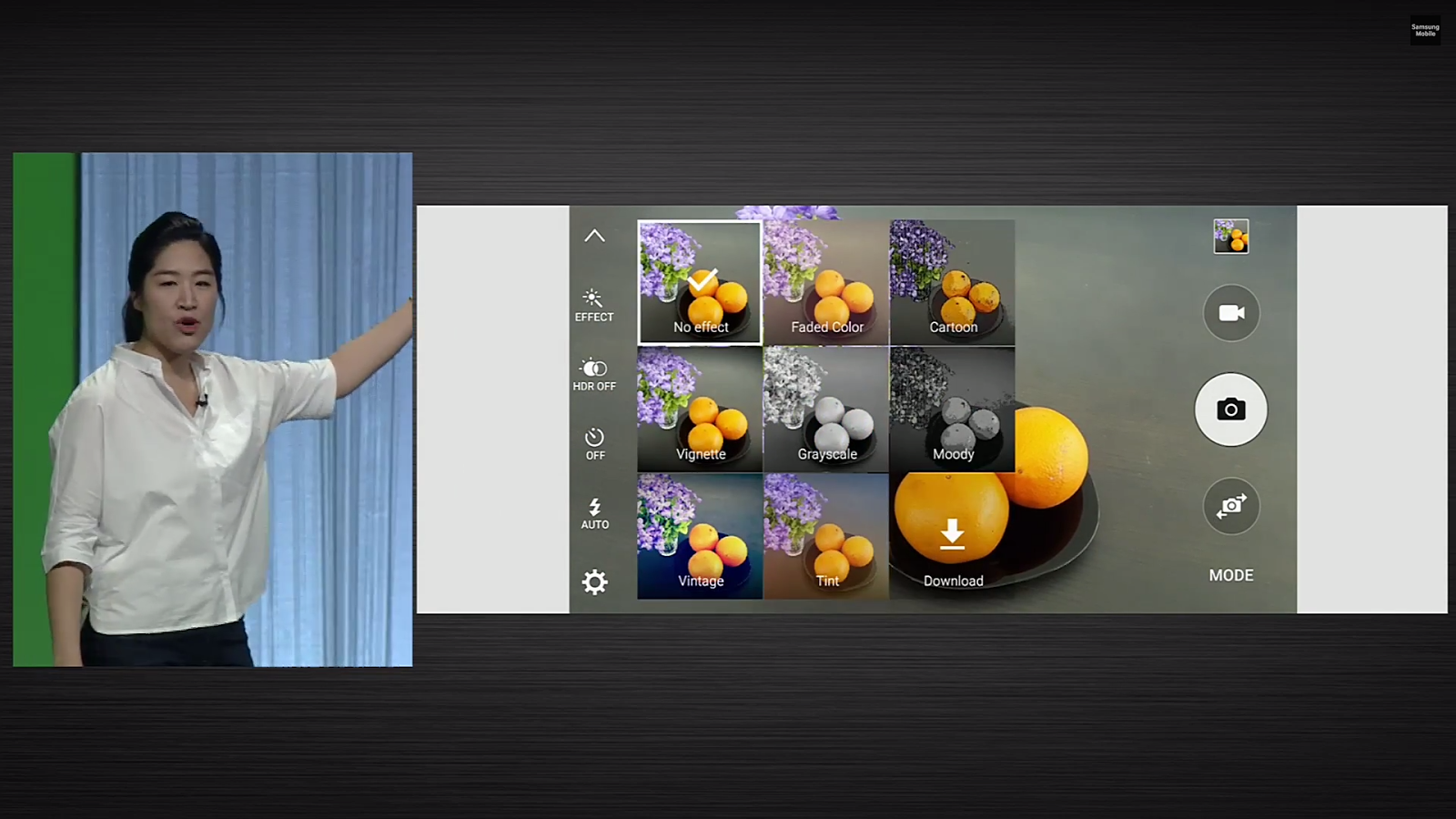 By the looks of it Samsung has really pared down TouchWiz to eliminate lag and that the look of it is in keeping with Google’s Material design colour coded concept. It works (from what I can see). I can’t wait to give it a full review! I can’t see any other handset touching it this year. We’ll see... The camera UI looks clean and uncluttered; I can't wait to take pictures and video on it!

Thank you so much for reading Synapse Circuit!

Synapse Circuit for tech news, opinions, articles, reviews and competitions. You will find interactive PDF magazines, videos and links to free legal software! Check it out at Synapse Circuitdot com