APPLE: $54.4 BILLION BUT THE STOCK CONTINUES TO PLUMMET! WHY?

APPLE: $54.4 BILLION BUT THE STOCK CONTINUES TO PLUMMET! 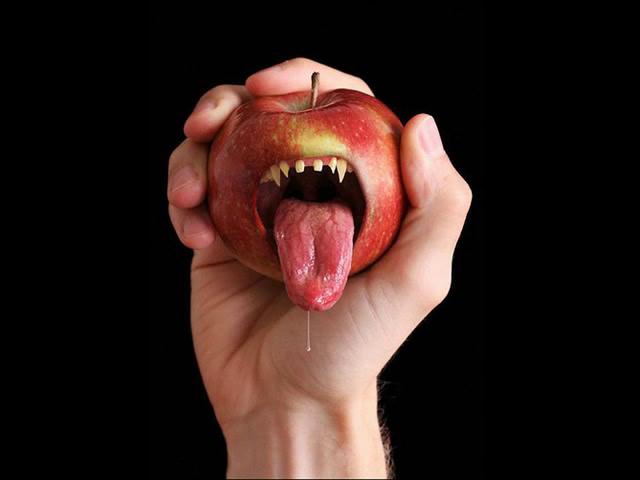 Hi there, Synapse Circuit Readers... You must be excited at the prospect of owning a Samsung Galaxy SIV! I certainly am! I’ve been trying so hard to not count the days till the big reveal and when it’ll be in the stores! I certainly want to be one of the first wave of journalists to review it! You may be aware that the SIII has sold over 40 million units and still selling! I would imagine that the SIV will do double that...

Hopefully, I will have the new format of Synapse Circuit magazine online fairly soon! I am doing some tests at the moment and it looks promising!

So, why are Apple shares plummeting? Let’s take a look...

SAMSUNG GALAXY SII & SIII
Yep, Apple should have made a record $100 billion plus! However, we can see where the other half of that $100 billion went: Samsung Galaxy SII (it’s a great seller to this day) and SIII; HTC One X and variants; Google / LG Nexus 4; Google / Asus Nexus 7; Google / Samsung Nexus 10 and the rest of the up and coming manufacturers – mainly from China – looking to make a name for themselves on the global mobile markets.

As a result of the above investors are certainly disappointed that Apple isn’t sitting comfortably on top of the competition. Uh-uh! Apple is looking shaky right now as far as their mobile products go; the iPhone looks tired and relic of the past.

Yes, yes, we know that current CEO Tim Cook loves to talk the iPhone into a position where they have to justify why it has failed to continue to be innovative. The “Hand Science” ad was, at the very least, embarrassing and painfully stupid. Yes, we know about the map fiasco... We know about the constant litigations: The Tech Wars that was also invented by Star Trek’s William Shatner!

Once upon a time Apple looked invincible and the bolts of their machine just fell off!

WHAT IF STEVE JOBS DIDN’T PASS ON?
Quite simply the company would have taken a massive dive and the shareholders would have pushed Jobs out into the cold for the second time! With all the billions in his pocket Jobs would have lost it all on pursuing this vendetta against Android. The truth is that Jobs was heading for the funny farm. C’mon, Jobs would be an unlikely candidate to be Iron Man because he’d be too busy suing anyone trying to create their own version of the Iron Man suit. So, yes, working conditions for the people in iPhone factory will still be bad. [The fictitious Tony Stark / Iron Man upon learning that his technology was used to oppress people in the Middle East flew out there as Iron Man to emancipate the oppressed people.]

I think that the iPhone screen size wouldn’t have gotten a slight increase. If Google and Samsung were petty they could have filed for a patent of the 4.5” and above screen size! Maybe they have done and that’s why Cook increased the size slightly!

Certainly, the iPad mini wouldn’t have existed. I think that the iPad mini can’t exist alongside the iPad 3 and 4 simply because I know that most people would have gone for the cheaper option because – as far as I know – all the apps in the App Store works on the 7.9” screen as it does on the 10” screen. Duh? My own two retinas can see that! I was pretty impressed by the iPad mini! Cook has reportedly stated that they couldn’t put enough iPad mini products out there. That is an indication that this was at the expense of the 10” iPad as predicted.

CHEAP ANDROIDS
I’ve read an article that said the reason why Android has dominates and taken over the iPhone is because there are many cheap handsets out there. The article was written in a way to suggest that the Android operating system isn’t advanced as iOS. According to Cook, “iOS 6 – the most advanced mobile operating system in the world...” Not anymore.

Yes, Jobs would have made a mountain over the fact there are different incarnations of Android on different handsets yet at the same time those versions of Android is what’s killing the iPhone. Let me tell you, I own a couple of inexpensive Android handsets, the LG E400 (Gingerbead) and HTC Desire (Froyo) alongside the premium Galaxy SI, SII & Note II the only major difference between premium phones and the inexpensive ones is storage capacity. I can’t hold many apps on the LG and HTC! I use those inexpensive handsets without thinking anything of the different versions of Android. Android just works. Naturally, the latest Jelly Bean is the icing on top of the cake as it were.

The pay as you go market is still an important one as so many people either don’t want to be stuck with a contract or can’t afford to be on one. Android comes to the rescue and can give the PAYG market a taste of owning a smartphone. What you will find is that as these monolithic 5” plus quad core Android handsets take off the PAYG phone would have a spec that is more powerful than the inexpensive handsets of yesteryear. It’s happening right now! Just look at the Nexus 4 on Google Play as an example of an inexpensive smartphone that is close to a high-end PAYG! I think we’d be able to purchase an Android handset from a dispensing machine as you would a can of fizzy! Yeah, that would be a great idea... Imagine your favourite mobile shop having dispensers that can be accessed 24 / 7! WOW!!!! Hey, I invented that! You read it here first! It can work! Seriously, take all the crap £10 phones and recycle the materials, add a decent CPU, storage capacity and touchscreen and you will have the first wave of Android handsets coming in at around £20 - £25! It can be done! It could be even cheaper should the unbreakable screens become a reality.

Hey, why not go one better and have Google phone dispensing machines that aren’t attached to the likes of the mobile shops? I would welcome that than to speak to an idiot salesperson who think he or she can talk nonsense like I don’t know anything about phones! Where am I going with all this? Ok, I’ll tell you...

Apple can always come back strong into the market. What they need to do is change the CEO, because I don’t see how Cook can change the products without looking like a fool. Again, bring in Good Steve (Wozniak) as CEO and start to produce many different iPhones for different people. I am sure that millions of iPhone fans will go for a 5” iPhone. I know so many women who just want a pink phone regardless of the spec, so let’s have different coloured iPhones. I don’t think the current iPhone looks special with its glass and aluminium body. Honestly, I would prefer the SIII over the iPhone 5 any day of the week!

This is a lesson for Apple; produce iPhones made from more durable cheaper materials. Yes, I know many people who like that quality but it comes at the expense of innovation that Android users enjoy! And I know that there are hardcore Apple fans who would buy into Apple no matter what and I am sure that the hardcore will purchase let’s say a 4.5” screen iPhone if it was made of similar materials to the SIII or HTC One X. I have a friend who has an iPhone and she can’t see websites very well on her screen; she has to go on her Mac for the best web experience. I can comfortably view sites on my SI, SII and, of course, the Note II! Apart from not being able to use dropdown menus on some sites, it’s just like being on the computer!

THINK DIFFERNT
Yes, the spelling was done on purpose! I was thinking different. This used to be Apple’s motto which now reads: Think Corporate. I reckon that the next CEO (Wozniak) should build bridges with the likes of Samsung. Apple could make so much more fans and money by allowing other manufacturers to create dual-screen handsets featuring Android on one side and iPhone on the other! It sounds crazy, right? But that’s what I call thinking different!

When I venture out on the streets on the germ warfare that is London Transportation and sit in coffee shops I observe the way in which people are using mobile technology.

Teenagers have a tendency to use the BlackBerry because of the messenger app and a few of them own a cheap Android such as the Galaxy Ace.

Mature adults, 20+ have a tendency to use the latest premium Android handsets i.e. SIII, Note II and One X. They also are inclined to use another handset – the number one being a BlackBerry of some sort. Or instead of Android they have the iPhone 4S with a BlackBerry.

It’s only a matter of time before a manufacturer capitalizes on the market that likes to have more than one phone. As you know, a mobile network can offer cheap or free calls to the same network and how many of our friends aren’t on the same network. You might be thinking Skype, but the connection is often far from perfect when you’re travelling. I know that I would be more inclined to buy a dual-screen operating system phone! I wouldn’t mind having the iPhone as part of that set-up! I think it would be a great thing for Apple to license iOS to go on the devices of other manufacturers; this will give users freedom of choice and still keep their loyalty with Apple! I think HTC, Samsung, LG, Huawei, etc could come up with a better iPhone than Apple!

iMAC-PAD
Y’know, certain Macbooks boast being so thin... Why not make it into a tablet also? Why not phase out the iPad altogether because it is too expensive to keep having to replace each year. Yeah! Why not cancel the 10” iPad in favour of the mini? Yeah! Let the mini become the new iPad standard! I always say, if you’re gonna spend more than £300 on a tablet you ought to be thinking of purchasing a decent laptop or desktop! The market for Mac computers is immense and a tablet Mac computer will go down a treat! It has to be the full Mac computer experience – pretty much like what Microsoft is doing with their tablet PCs. Because the Mac is ahead of the design game – for the most part – it should not be hugely expensive to convert a Macbook into a tablet. I think I have mentioned it before, the cost of the full Windows tablet is over £700!!!! Are you mad? I don’t need to be splashing out on a fully blown Windows tablet! But I think there’s great scope for those in technologically demanding jobs. Here Apple has an opportunity to transform the Macbook and get more users, but keep the costs to a minimal!

All in all I there is scope for Apple to grow; once it has come to terms that it is no longer a leader of mobile technology it’ll have to innovate. Innovate or sink!

Did you know: Google apps are being used by millions of iPhone users? Google Maps, YouTube and Search!

SYNAPSE CIRCUIT NEW FORMAT
Synapse Circuit Readers! Just to let you know that I am busy working on a new format... Bear with me! I hope to get it up online in time to coincide with the end of this month... In the meantime please check out the Interactive PDF right here:
Synapse Circuit Dot Com!
Posted by Unknown at 11:46