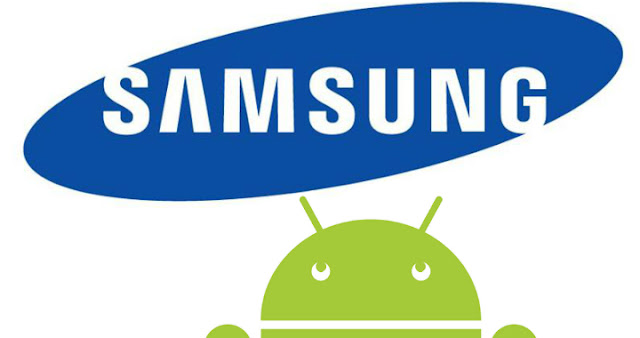 TECH WARS: THE PROPAGANDA MACHINE... THE TRUTH IS OUT THERE.

Good afternoon, Synapse Circuit Readers... When you closely watch the industry you often get to have a glimpse behind the scenes... Your follow a certain trail and you can end up in La La Land: The world of misinformation, disinformation and misdirection... Cloak ‘n’ dagger stuff just for the sake of protecting a piece of tech, building up anticipation and discredit the competition... It makes for great entertainment!

What are the latest rumours? Ok, here we go...

GOOGLE UNDER THREAT FROM SAMSUNG’S DOMINANCE
Could this be possible; Google feels threatened by the dominance of Samsung? Why? Let’s have a look...

The reasons for this notion appear to be sketchy and it boils down to Samsung being able to turn around and dictate terms to Google. I don’t see it. Android has been very good to Samsung and it has given them billions in profit.

Where did the rumour / idea come from? Good question! I have been trying to get to the source and it’s a labyrinth of Tech-Bloggers - like me – adding their own take on this idea.

Could this be a propaganda put out by Apple to destabilize the relationship between Google and Samsung? I honestly believe that they (Apple) have tried to put people off the Galaxy SIII with the “Exploding battery” idea / story and I’ve not heard of another incident of an exploding Galaxy SIII battery since.

What would Apple have to gain by spreading this particular rumour? Nothing! I think Apple has learned their lesson in Tech-Tactics and that lesson is to keep schtum and get on with developing their mobile products. Apple just has to mention Samsung and the sale of the Galaxy SIII and Note II goes up!

So, could the rumour emanate from Android rivals such as HTC? Well, HTC – as you should know – has launched the One which is a beaut of a handset! However, the window of the One’s potential narrows by the day as the Galaxy SIV looms! But why on Earth would the competition want to draw attention to their rival or rivals in any shape or form?

I conclude that the rumour has originated from an imaginative tech writer. 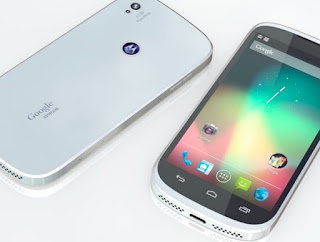 GOOGLE / MOTOROLA: X
In relation to the "Google threatened by Samsung" idea this “X” rumour pertains to a “game changing” handset soon to be unleashed by Google Motorola. This is why I don’t think there’s any truth in Google being threatened because through the acquisition of Motorola Google has the means to produce a handset that can compete with the main manufacturers: Samsung; HTC and LG.

I do think that the Motorola X is on its way! I wonder if it will be in time for the Google I / O Conference in May. I, like most folk, am curious to know what will be “game changing” about the device. Apparently the camera is going to be a main feature!

CAN ANDROID COMPETE AGAINST ANDROID?
The answer to that is yes and no.

Yes, for example, I am due an upgrade in April and by the time I am ready I think there will be the HTC One, LG Optimus Pro G and, of course, the Galaxy SIV. I have a great choice of handset here. Because I like the way Samsung adds functionality to their premium handsets I am already thinking that the SIV will be my upgrade; however, if the HTC One or Optimus Pro G proves to be better then I’ll be going with either one. Or maybe there'll be another manufacturer that proves to be better still!

Now, if I was due for an upgrade in March I would probably be inclined to get either the HTC One or the LG Optimus Pro G. I think that’s where the competition element is prevalent: The Upgrade Window. Last year I could have got the Galaxy SIII but by the time my upgrade was due I opted for the Galaxy Note II instead. Maybe I would have gone for another handset had one been available that could compete with the Samsung premium concept.

It’s a different thing when one decides to go Android from the iPhone (or any other platform); there’s simply more choice and more is out there than for an Android user going from Samsung to HTC.

Once again, most people aren’t loyal to a brand. No! They are loyal to technology and functionality. You can have a great design but design, for most people, comes after functionality. I think all the major players are producing great handsets with similar technologies. Naturally, there are those who are loyal to brands. Personally, I love the HTC designs - in my eyes they design the best looking handsets but the physical appearance isn't enough.

What we have yet to see from Google / Motorola is a daring design that is deeply functional. The problem with Google / Motorola has been that they have not been able to produce a radical design and the functionality has been average or less than. For example, the camera on the latest Motorola RAZR and Nexus 4 handsets has been disappointing. While the Android operating system is inventive it is the hardware that has let Google / Motorola down. Of course, this could all change with the Google Motorola X aka Nexus 5.

Another aspect of the Android ecosystem is that there are so many handsets out there that it gives you an opportunity for a second or even a third handset. If you love smartphone technology like I do you can get to sample some of the mid to budget end of the manufacturers use of Android.

Through LG’s budget L series I have become a bit of a fan which makes me very interested into the possibility of either going for a premium LG for my next upgrade or to go for their L series II! The same with Motorola; I am very pleased with the RAZRi that I acquired almost a week ago!

Choice is so important. Choice is what makes the Android platform very hard to beat.