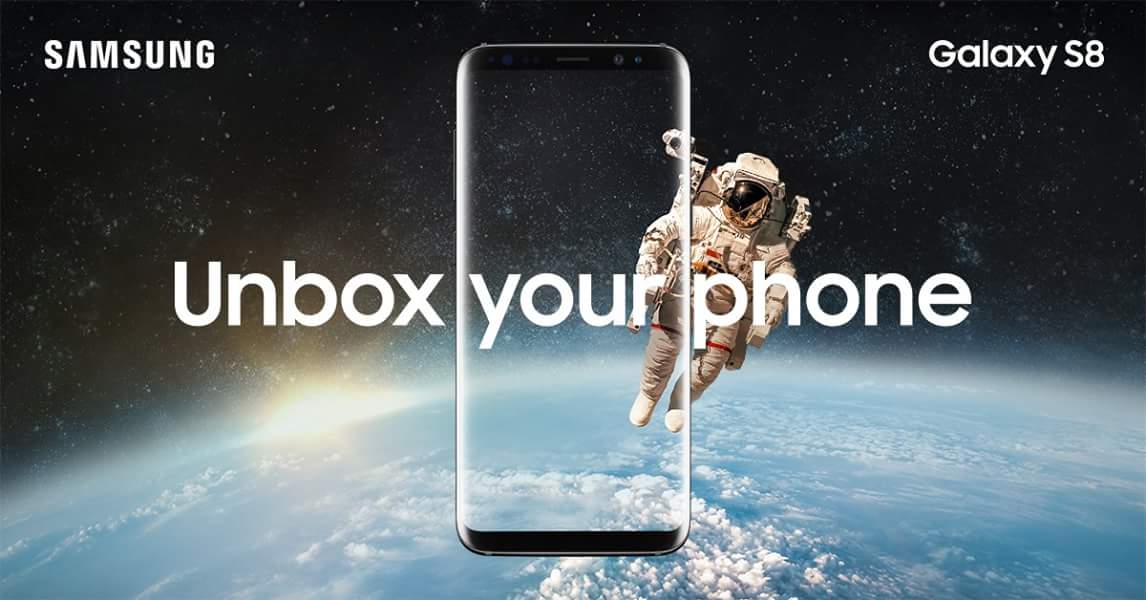 Goodhour, Synapse Circuit Readers! Did you have a good weekend? Have you calmed down over Samsung's great big reveal? Ha ha! Read on!

London, 02 April 2017 The thrill is gone for mobile phone press launches. Don't get me wrong, I enjoyed the recent Samsung Unboxing Event in New York on the 29 March 2017. But look: Deja vu?

PREMONITION?
Expectations management, that's the nature of the “leaks”. I get it. I understand. But these “leaks” detract from the impact of such a huge press event. Don't you want to be surprised?

The big reveal turned out to be the big confirmation. That said, I was very, very pleased with what Samsung has delivered. The Galaxy S8 and S8 Plus have gone down in history as the best designed smartphones ever! It's one thing to see the pictures and video of these awesome handsets, it's another to have it in your hands!

It's fairly early in the year but it looks like Samsung have won the Smartphone of the Year Awards already! It looks like the iPhone 8 is going to be pretty much the same. 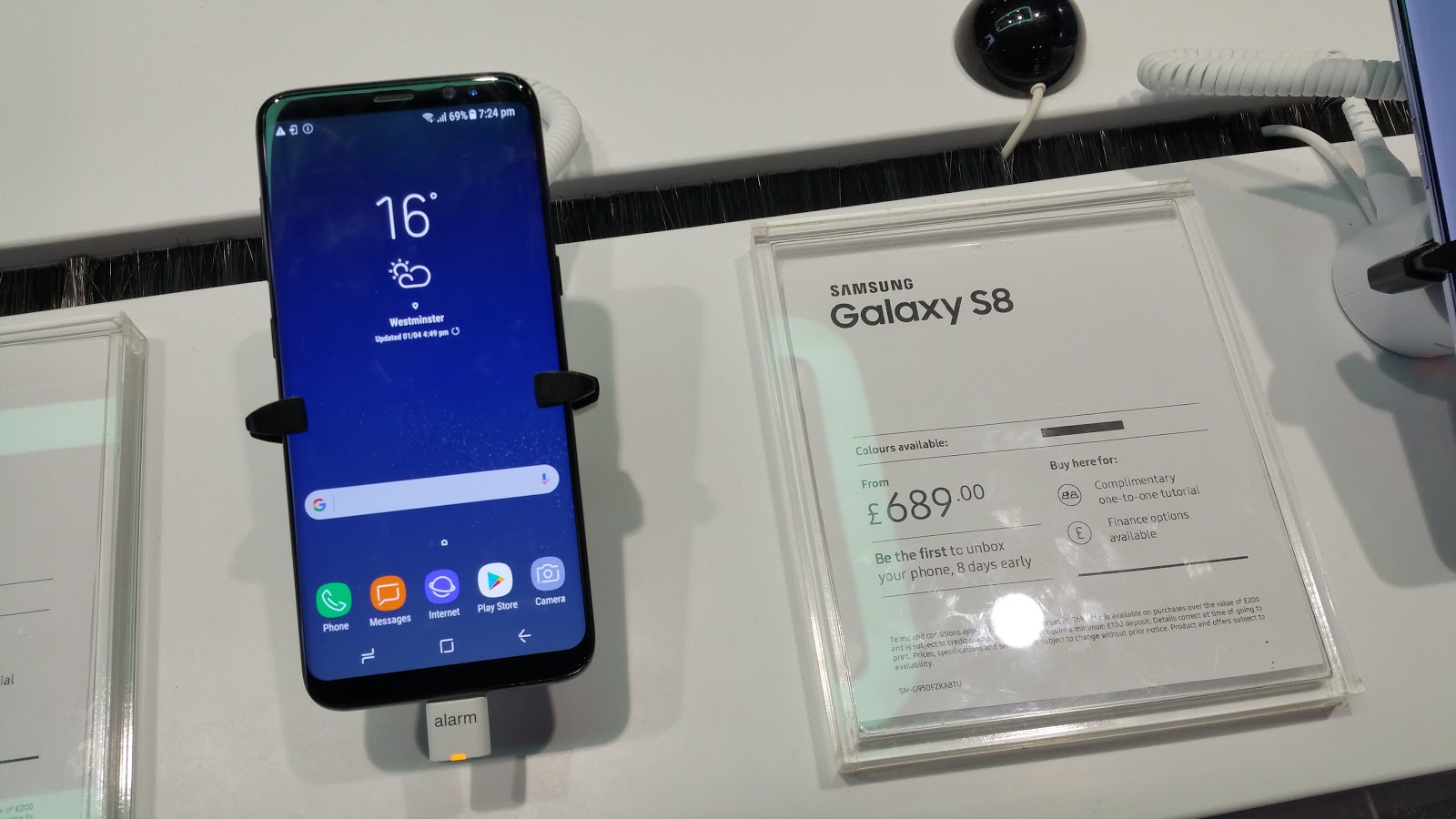 By the looks of it, Samsung played it a little cool, a little safe with the Galaxy S8 and S8 Plus. Nothing overly spectacular in terms of technological advances that ushered in the Galaxy S4. Certainly nothing to tax the battery in the extreme!

The screens are set to 1080p by default and one has to manually switch to 2k. Some people seem to be upset with this default setting. But it makes sense to not have the display set to 2k when it's not needed. No doubt people will have the screen set to 2k all the time as this is what the standards dictate. However, I think it's a great idea to switch to 1080p to save battery consumption. You're not going to notice much of a difference when interacting with social media networks and surfing the web on the 1080p setting. Samsung calls this HD Plus.

I think many Android fans have it in mind that having continuous full on hardware power is best but when that power is doing nothing in the pocket then it's a waste. No doubt switching to 2k will be great for VR and 4k videos.

ALL HANDS ON DeX
If the price is right, I think that DeX will be a winner! Samsung had something similar to DeX in the form of a hub for the Galaxy Note 2 that for discontinued for some reason - possibly it was too advanced for it's time. DeX makes sense in this current era of inexpensive PC 1080p, 2k and 4k monitors.

Samsung have been in partnership with a few developers to take advantage of the version of Android that has been optimised for desktop environment. I would imagine that DeX could speed up the development of Android tablet apps. It's about time!

Should the DeX hub come in at under £200 then I'm sure that consumers will go for it in a big way! Can you believe that right now there are people out there with a Windows XP system that's struggling to be of any use? All such XP folk would need is a decent phone upgrade, the Galaxy S8 or S8 Plus and DeX. Problem solved! Yes, there are a limited range of apps optimized for DeX but that will change over time. I'm going to get DeX as I can envisage hooking it up to my TV setup for an even smarter TV experience.

There's enough power under the hood to please the hardcore hardware fanatics as the Snapdragon 835 system on a chip is one of the best there is. Samsung's own Exynos chip is practically the same as the 835!

As a result, I'm expecting an all-round top performer in terms of camera, responsiveness and usability where apps are concerned.

SCANNERS
I'm not on about the 80’s Sci-Fi Horror Thriller. I'm on about the ways in which you can unlock the Galaxy S8 and S8 Plus models. You've got the fingerprint reader at the back that has been awkwardly placed next to the camera lens; then there's facial recognition that's been a part of Android for a good while now, and, finally, the iris scanner! In a way I'm surprised that Samsung didn't throw in a voice recognition unlock for good measure!

If you ask me, it looks as though Samsung are trying to outdo the forthcoming iPhone 8 as it is reportedly coming with a facial recognition unlock. And Apple may have worked out how to put a fingerprint reader under the screen!

The facial recognition unlock could work for specific functions such as DeX. But the safest way to secure the Galaxy S8 and S8 Plus models is the iris scanner, followed by the fingerprint reader, and followed by a password.

REASSURANCE
I think that Samsung have played it relatively safe due to the unfortunate issue of the Galaxy Note 7 battery. As I've stated earlier, Samsung has walked a balance between gorgeous futurist aesthetics and superlative technological advancement that can freak out some users. Look, the iPhone is successful because it's simple (and some would argue that it's boring too).

Samsung has managed to achieve the best looking handsets in the world that's married to technological advancement wrapped up in the guise of simplicity. That's not an easy thing to do. Again, what makes Samsung's Galaxy series of premium handsets stand out is the Synapse Circuit “All-Round” factor that other handset manufacturers can seem to match. HTC is a prime example, great designs but the camera is truly lacklustre!

FINALLY… ARE THE GALAXY S8 AND S8 PLUS PERFECT? 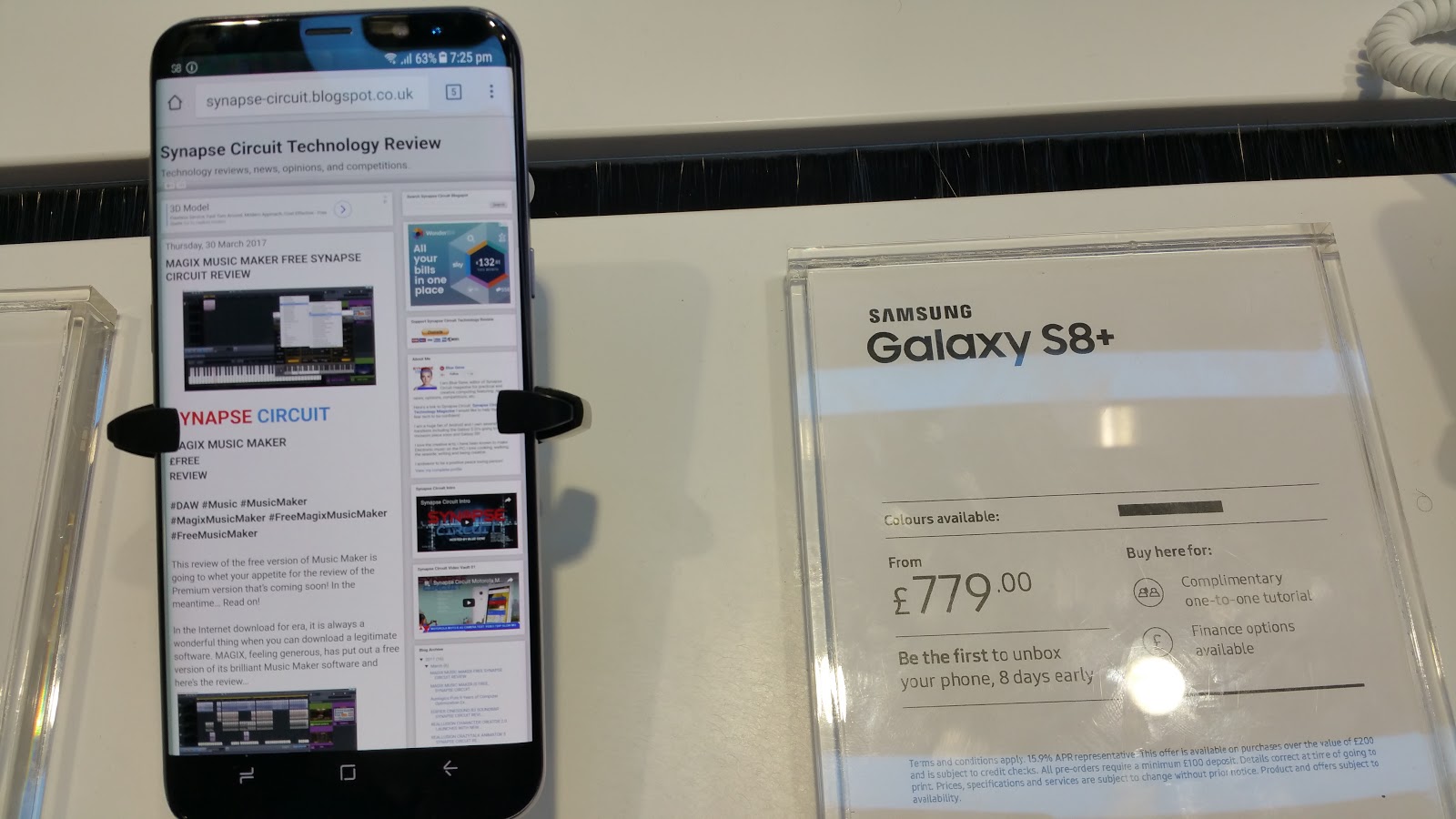 I suspect that there will be some that'll say the speaker isn't as loud in comparison to other flagships. But we seldom use our handsets at full blast in public. And when you're at home the volume level is fine. Personally, I'd be more inclined to use a Bluetooth speaker to get more mileage out of music and video. At the same time, I would've loved to have seen Samsung place a set of stereo front facing speakers on one of their flagships!

The placement of the fingerprint reader is not the best; I'm sure users will learn to pick up the Galaxy S8 and S8 Plus in a certain way that reduces smudging the camera lens - if they use it.

Is Bixby any good? Think of Bixby as a baby; it relies on people using it on a regular basis for it to learn and, consequently, get better. I'm going to give it a try. I think that the ability to control certain apps and the phone itself via voice commands is a welcome additional functionality. I also think it's a good idea to give it its own hardware button instead of making it activate through a voice command, “Okay, Bixby!” I'm sure that a voice commanded Bixby is in the pipeline. I'm quite sure that a voice activated Bixby could work on the bigger Galaxy Note 8 that features advances in technology to make a voice activated Bixby worthwhile.

I think that the Galaxy S8 and S8 Plus are pretty darned perfection! I'm after the Plus version!

Thank you for reaching!