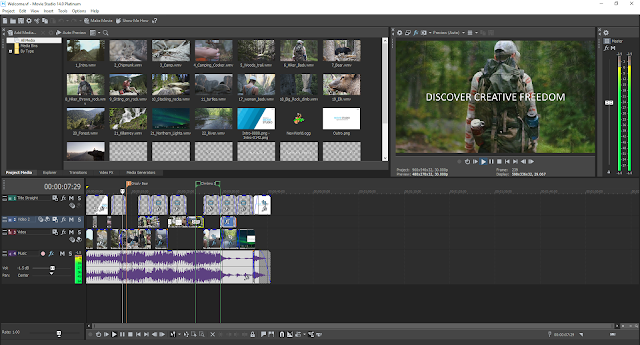 #MAGIX #Vegas #Studio #VegasStudio #MusicMaker #DVD #Architect #DVDArchitect
The MAGIX acquisition of Sony video and music applications must have come as a shock to the die hard users. I would imagine that many people using Vegas Movie Studio have not heard of MAGIX until now. So, if you're on version 13, read on… And if you are taking your first steps in video editing, read on...
MAKEOVER

One of the most off putting aspects of Sony multimedia software is the bland interface. Thankfully, MAGIX have given Vegas Movie Studio an aesthetically pleasing makeover; it doesn't hurt my eyes.

The workflow is smooth and logical; given a bit of time, MAGIX will perfect the interface for the next version. You should upgrade now if you're on version 13!

STABILITY
Vegas Movie Studio 14 Platinum is a very solid performer and did not crash on the AMD FX based PC used for the test. There was no stuttering during playback. 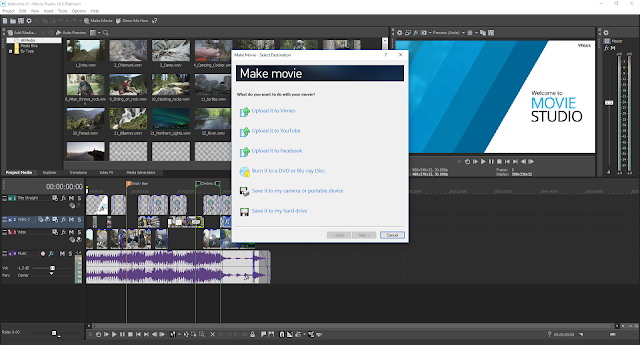 Users of version 13 have experienced constant crashes and I suspect that this is due to the system and software optimization. It appears to me that Sony didn't spend too much time on optimization. It's quite a hard task to optimize software for various PC configurations. This is why a lot of people have gone Apple Mac, Apple has a tight control over the hardware as well as the software.

However, MAGIX have more than a couple of decades of experience with intricacies of the PC. MAGIX has done wonders for Vegas Movie Studio 14 Platinum and will no doubt continue to do so for future versions.

COMPLIMENTARY
You're not just getting a video editing package! Uh-uh! No! You're getting excellent add-ons to compliment Vegas Movie Studio 14! You've got great transitions from New Effects; DVD Architect and the standard version of MAGIX's Music Maker DAW! 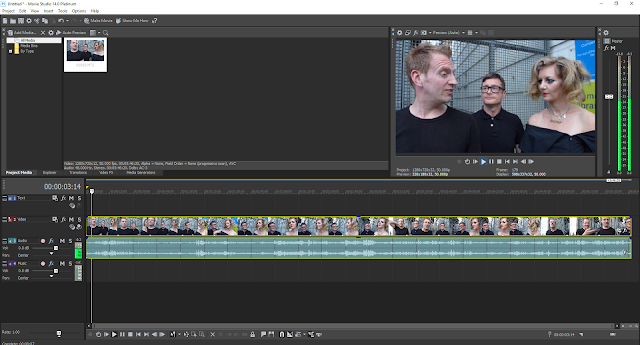 You're not going to get a better deal.
CONCLUSION
Vegas Movie Studio is in great hands! MAGIX have done a brilliant job of updating it and it will continue to get better.
If you are new to video editing and you are looking for a solid and inexpensive means to get started with a video editor then Vegas Movie Studio 14 Platinum could very well be for you. Again, you are getting more software in the box - DVD Architect and Music Maker! And, to top it off, you have some very useful plug-ins from NewBlueFX! And all for £69.99! How could you possibly go wrong! SCOREMAGIX Vegas Movie Studio 14 Platinum scores a Synapse Circuit Gold! 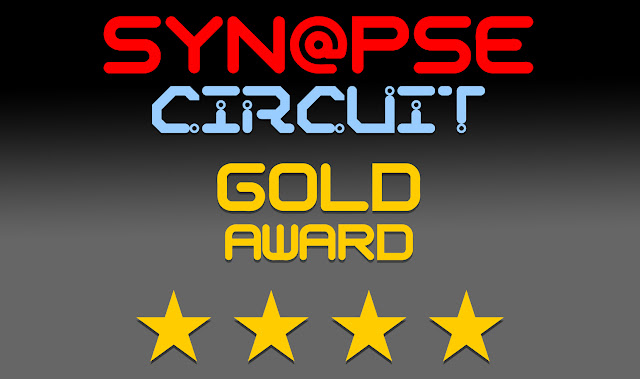 Start your YouTube channel right now!
Thanks for reading! Synapse Circuit/Blue Gene
Posted by Unknown at 19:55