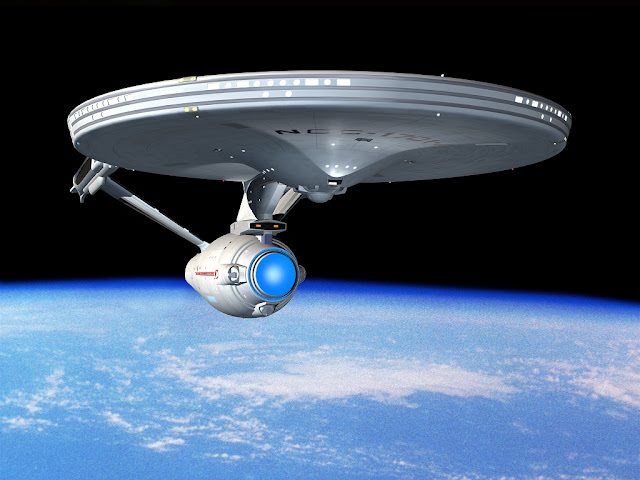 Good evening / early morning, Synapse Circuit Readers! Yes, as predicted – sort of – this year’s i / O Google conference was focused squarely on the developers! There was no news of any Nexus hardware i.e. the next generation Nexus 7 tablet or phone... Nothing on the much rumoured Google Motorola X or XFON... Shock? Horror?

GOOGLE TREK
Boldly going where the competition is trying their hardest to hold them back!

For consumers the Google i / O 2013 must have come across as a bit of a disappointment – that is if you are looking for news of more Google gadgets! But what Google have done is to concentrate on strengthening its services: Play Store, Play Games Services, Maps, Play Music becomes Music All Access, Chrome is boosted with voice search and there are heaps of new stuff for developers (that I just about understand due to my interest in tech). I think many non-Tech-Geeks will fall asleep at the wheel listening to what Google have done to allow app developers to create better, more powerful apps in a shorter space of time... This can be encapsulated with the news of Android Studio; very, very basically Android Studio helps developers to compile their coding language in a more efficient way. In addition developers will be able to see how their apps will look on multiple screens (tablets, 4.3” – 6” + handsets, etc).

Android Studio makes me wanna become a developer! I wouldn’t know where to start! Lol! I don’t know if you were ever aware of Google App Inventor, no? Ok, App Inventor is a visual way to create simple applications by dragging and dropping components... Kinda like Lego building blocks... However, Google have since dropped App Inventor and an educational organization, MIT, has picked it up! So, the App Inventor is still there for you to make use of should you want to explore app development.

I think the reason why App Inventor failed to take off under Google is just down to the way they went about making the public aware of it. When I first discovered the App Inventor I was quite excited by the prospect of creating simple apps but the amount of hoops I had to jump through to get at it made me lose interest... That aside, Android Studio is very much the advanced version of the App Inventor where you have to know how to code to make the most of it! I don’t know when the Android Studio will be available to developers – I hope sooner than later! My wish is that – like WYSIWYG – web design programs us non-coders will have a version of Android Studio that allows for the creation of simple apps that can be used by a range of folk... I can see folks who wish to promote their businesses making use of a simplified Android Studio. At the moment we can create apps through third parties that often charge for the service; many say they are free but when you look into it it’s another story!

Play Games Services, I guess that this new feature will come as a delight to game players! I can’t say that I am enthusiastic about games because I am not! Lol! From what I have garnered there will be a cloud service that will enable players to store scores, pick up from where they left off in a game and facilitate multiple game players – even on different platforms: Apple iOS, Windows and BlackBerry! Wow! That’s one of the things I appreciate greatly about Google – they are inclusive!

Play Music All Access, this aspect looks interesting... If you love your music then Music All Access could be for you! It does look very similar to Spotify. The service will cost $9.99 per month and early subscribers get a discount so the price becomes $7.99 before June 30.

Personally, I prefer to purchase music that I know that I am going to listen to and I don’t think paying a monthly fee for music is for me... Maybe I am old fashioned... Lol! I ask myself, ‘Is it worth paying a subscription over £2 for music when I can either purchase albums on line or in a brick and mortar store?’ I guess listening to music isn’t a priority for me! It is a vaguely interesting proposition... Unlimited music... Hmmmm... The jury is still out on that one...

CHROME BETA VOICE SEARCH
Yes, I have downloaded and installed Google’s web browser, Chrome! Chrome facilitates searches through a mic input with your voice! Hmmm... It’s actually not bad at all! It works fairly well! This beta version that I am using right now seems quite stable... No crashes so far!

The only trouble with Chrome voice search is that I have to give permission each time that I want to use it... I haven’t been able to wake it up by saying, “Hey, Google...” I have also tried to change the privacy preferences to allow Chrome permanent permission to no avail. Well, it is in beta! Chrome search looks very, very interesting indeed.

GOOGLE TALK: WANNA HANG OUT?
Google Talk has transformed into Hangouts and it is basically like using Viber or WhatsApp. It is quite good and I like it a lot! It’s a welcome change! You should have had an update by now!

Hangouts is cross platform so it is available for Apple iOS too! It’ll probably come to Windows and BlackBerry very soon!

GOOGLE SAMSUNG GALAXY S4
Yes, that’s the only hardware to speak of... The Google Samsung Galaxy S4! Personally, I think it’s great that both Google and Samsung brought out a vanilla Galaxy S4 experience. As you know, I am a Samsung fan and the S4 and I are getting on very, very well! Despite the awesome competition the Galaxy S4 is sitting pretty on top of the Android handsets!

Once again, I am confident that the Google S4 will go down well – especially with developers and the likes of Cyanogenmod! As for the public... ...they’ll rent it on contract! $649 will be too steep for a lot of folk! I’d be tempted to rent a vanilla S4 when it comes out next month... No international dates have been revealed!

This brings me to...

THE HIDDEN MEANING (BEHIND THE LACK OF PRODUCT RELEASE i / O 2013)
What a teaser of a sentence... Don’t worry... I am not joining the ranks of crackpots who spout on about the hidden meaning in the media, etc. Uh-uh!

Here’s what I think Google is doing...

Google have taken onboard the way Apple and Samsung release their products i.e. separate events for product launches! Separate product launches is the way to go! It has worked for the iPhone and the Galaxy range of premium handsets! Don’t be surprised when Google announces that they will have a special Nexus product launch later! I envisage that Google will launch several Nexus products at once: Nexus 5, Nexus 7 II, 10 II and the smartwatch! It is likely that there will be some surprise announcements...

Surprise 1
There will be a budget handset with an Intel dual core chip inside that will feature good specs for under $250!
My reason for this idea is because CEO, Larry Page mentioned that the cost to manufacture smartphones comes in at a $1per phone. Wow! Really? In fact former CEO Eric Schmidt kept saying that one day everybody on the planet will have a smartphone during interviews and that we should expect to pay under $100 for a decent handset!

I wonder what that handset will be called... Omni? Also, I think if people could afford a decent handset outright they’d be more inclined to subscribe to Google Play services like Play Music All Access.

All these subscriptions and handset rental to add up!

Surprise 2
The announcements of retail outlets in USA and Europe. I think the plan is for Google to have their own LTE networks so that they can sell TV boxes as well as Glass, handsets and tablets. We’ll see!

ANDROID 5
I’m convinced that 4.3 will be released soon and Key Lime Pie will probably arrive in the fall. I think that with Android 5, Key Lime Pie there will be a major event for it and possibly a new radical handset to go with it!

Yes, I can speculate all day! Lol!

STRATEGY
Despite Page speaking of the sadness regarding money and not true innovation being at the heart of the Patent Wars – ok, he didn’t mention the Patent Wars but that what I think Page was hinting at... Google are still a competitive company and I think they are looking to see if they can capture more of the market share...

Although, Apple have proven that arrogance doesn’t create innovation they are still a force to be reckoned with! The iPhone still holds strong even though sales haven’t been great. I am inclined to think that it’s the Google apps on iOS i.e. Maps and Now that have helped to make the iPhone a better experience.

Google has to be one or two steps ahead... iOS 7 is due as is another iPhone, iPad and iPad mini. When Apple releases new tech the world is subdued... There again since the wheels fell off the Apple PR vehicle with a series of idiotic condescending ads and maps that lead to nowhere the audience has become wary of Apple-Talk = half truths and exaggeration. But should Apple get those wheels on again it could obscure Google and other competitor announcements. This is why Samsung has timed their product launches! Already we have a mutated Galaxy S4! That’s Samsung for you! Google has to play a similar game! Now will there be a Google Galaxy Note 3? In fact all Samsung’s recent handsets could always go vanilla Android!

I think it’s a good idea for manufacturers to go vanilla as I think it’ll make the devices faster! This ZTE Blade 3 that I have could do with going vanilla as it slows down the whole process! Vanilla is the way to go – certainly for budget handsets! I don’t know what manufacturers were thinking with 512 MB of RAM and a custom UI on top of Android!