SYNAPSE CIRCUIT
APPLE TALK 3
Good evening, Synapse Circuit Readers. What’s happening in your wonderful lives? I hope that all is well with you and yours!

Yes, the saga continues with Apple...

IS THE IDEA OF “PREMIUM” REDUNDANT IN TODAY’S MOBILE DEVICE MARKET?
It should be common knowledge to even the most ardent iPhone fan that Apple needs the iPhone 6 to be a success as their market share is constantly being eroded by Android handsets. Through my articles I get a bit of abuse from the Apple disciples and it makes me chuckle a bit because the problem or problems doesn’t lie with me... Uh-uh... The problems lie with Apple itself.

I read and watch opinions / reports from many tech-news sources and the one thing that keeps coming up when talking of the competition i.e. Samsung. And Samsung has responded with the Galaxy Alpha that has been met with mixed reviews. But I like it because of one factor: the non-metallic removable battery cover.

If the iPhone 6 retains the non-removable battery which proves to have a short life then this could have a great impact on its sales. However, I find it strange that tech-journalists (sic) do not make much of an issue regarding Apple’s stance to keep the battery non-removable. I would imagine that this is to retain the “premium” look. I think this is going to be the last time I bring up the subject of “premium” but I feel that I have to address this issue with this article.

Tech-journalists are a funny bunch... ...one minute they claim that the iPhone is a symbol of supreme design (even though I can’t see how this is true) and that is worthy of the word “premium”. I had a friend who always claimed how the expensive materials make her feel that her money is “well spent”. Yet very often she would tell me that her battery is about to go any minute and have to cut video and voice calls short whilst being out and about! I do not get it; when I tease her that she’d be better off with a Samsung handset because she’d be able to swap out the battery for a fully charged spare she is repulsed by the very idea of leaving the Apple nest. Yes, she is also a Mac computer owner and in some respects I understand why she would want to remain faithful to Apple. However, her reasoning does not explain this idea of “premium”.

Inexplicably many tech-journalists marvel at the glass and metal materials that make up the iPhone but surely a “premium” handset is more than the outer materials??? No??? I find it baffling to have read reviews on the Galaxy S range to the present day where it goes something like this:-

“The Samsung Galaxy S5 has the best screen on any handset but the iPhone 5S is the one to get...” Huh??? Why, I even read an issue of ‘What Buy’ magazine on the subject of ‘Best handsets’ and despite the Galaxy S5 having the best screen, best camera, removable battery and power management, etc the iPhone 5S was weighed up as being the best option. What???? This is supposed to be a consumer oriented magazine that gives an objective evaluation on consumer products. Hmmmm... I think you have to be “special” if you can’t work out and evaluate the specifications between the iPhone 5S and the Galaxy S5.

Similarly, tech-journalists that make claims to say the iPhone 5S is better because of the materials alone are lobotomized or receiving gifts from Apple. Tech-journalists must be braindead if they can’t understand that they are holding a premium device that is the Galaxy S5 or Note 3! Seriously, who wants to watch video or view websites on the tiny iPhone 5S screen? Seriously, are you trying to tell me that the Galaxy S and Note range do not feel premium? You gotta be nuts if you think that a handset that consists of 95% screen that is sharper than the retina and sporting a fast quad-core processor, over 1GB RAM and expandable storage via microSD card! 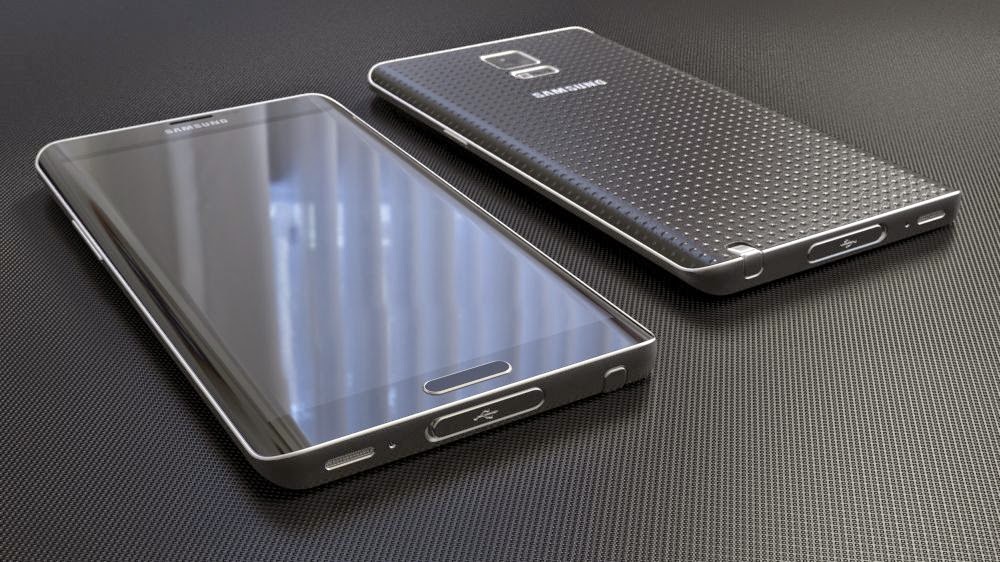 Above: Is this the Samsung Galaxy Note 4?

As I have said so, so many times... The iPhone and iPad suffers terribly from the metal and glass being unable to absorb the shock of a drop which usually results in scratches, dents and broken glass. What is “premium” about that? I tell you, when I hold my Galaxy S1, 2 & 4 and my Galaxy Note 2 in my hands they do not feel cheap! When I am watching a YouTube video, for example, I do not think to myself, “You know... This video would look so much better if my Galaxy Note 2 if it were made from metal...”

Somebody brought to my attention that 85% of Apple’s sales are devices that cost over $400. And somebody else has responded to my last article on Apple, APPLE TALK 2 WINNING?, by saying that Apple has won the battle against Samsung because its profits are up while at Samsung executives have given their bonuses back because they missed financial targets... OK... Let’s take a real look to see if my understanding meets yours...

Once again, if Apple’s strategy is to sell 150 million iPhones be it the 5S or 5C or combination of then that’s a good thing – obviously! But if Apple wants to sell as many iPhone units as possible then they are trailing behind Android’s over 1 billion sales and counting. Oh, but what I am saying isn’t fair because of the inexpensive Android handsets out there. Surely that’s down to Apple, right? You iPhone fans say you want to pay through the nose for a small handset even though you are delirious at the prospect of a larger screen just because it is made out of metal and glass. So, then you can’t blame that on Android if Apple seeks to serve your needs. You want premium materials and you expect to pay for it. Fine! What’s that got to do with Android handsets being able supply quality inexpensive handsets that are mainly plastic with some great metal handsets from HTC, Huawei and now Samsung! However, I DO NOT want the future Galaxy S and Note to feature metal if it is going to bring the prices up! No, Samsung! No! Ha ha! I would rather pay more for a futuristic design based around the indestructible YOUM screen. Did you see those foldable Samsung designs of the not too distant future?

Imagine a scenario whereby your expensive premium iPhone 5S has stopped working for whatever reason and sadly your warranty has expired before your upgrade is due. Are you going to shell out £569.95 to replace it??? Oh, you will opt for the £449.95 5C? Me? If one of my Galaxy S and Note handsets proved to be too expensive to repair I can either get a second hand one or opt for something like the Motorola Moto G with 4G for around £130 or make do with a low-end LG handset such as the L5 for £99 or something even cheaper while I am waiting to upgrade. Sure, it is likely that if you are under contract you can get the handset repaired for free but this is just to illustrate why Android is so popular and iPhone iOS is not. 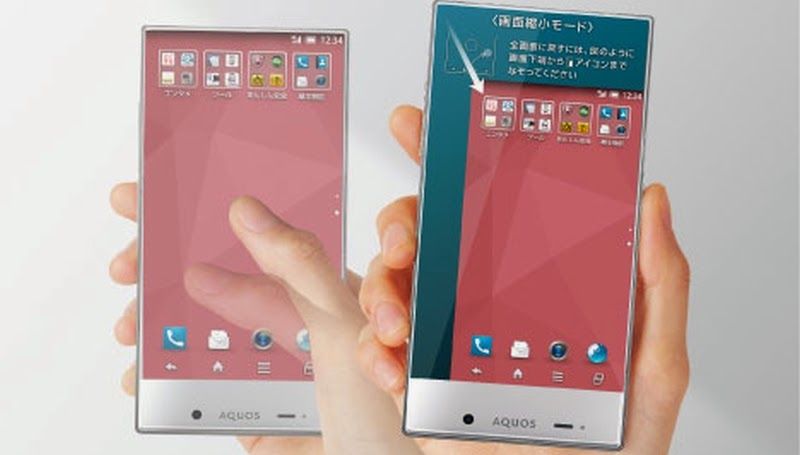 Take the beautiful, Sci-Fi looking Aquos Crystal from Sharp as an example that the idea of “premium” is like the proverbial King and his new clothes! Yes, it’s transparent that you are superficial! Ha ha! I am only kidding! You like what you like and you pay for what you like! But if someone offered me an iPhone for free I’d sell it to get the Aquos Crystal maybe an Android tablet with the change!

DID APPLE BEAT SAMSUNG?
I still say a resounding NO!!!! Why? Okay, I will tell you why!

Samsung has done and is doing so much in terms of design and meeting different markets from high-end premium, mid and low-range! What has Apple done? One boring handset! One boring handset that is in desperate need of a redesign! Oh, maybe the iPhone 6 will actually be a design departure! Goody for you, the iPhone fan!

If you are prepared to do more then you have more to lose, no? If you keep playing safe you won’t lose much by the way of finance but a whole lot of adventure and innovation. Who dares wins is good motto!

That’s something to think about!

Synapse Circuit for tech news, opinions, articles, reviews and competitions. You will find interactive PDF magazines, videos and links to free legal software! Check it out at Synapse Circuit dot com
Posted by Unknown at 17:34