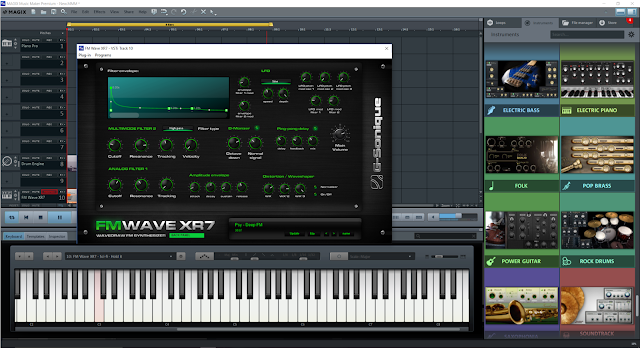 
Synapse Circuit brings you what appears to be a great new take on the FM synth...

THE NEW WAVE...
The Yamaha DX7 is probably the most renowned FM synthesizer ever! I wasn't fortunate to own one. However, I did have the pleasure of using the DX7 in a few recording studios in my time; I did end up owning a TX7 for a while, which was the FM synthesis engine of the DX7 in a little black box (sans keyboard). What I loved about the DX7 FM synthesis was the harsh metallic sounds I got from it. A sheer joy to program for the music I was making at the time! The FM Wave XR7 could be the triumph that FM synth enthusiasts are looking for!


FM RAVE
There has been a wave of VST creators producing various FM synthesizers - some try to emulate the DX7 and others put a unique stamp on the subject. G-Sonique, from Slovakia, appear to have gone where no other FM synth creator has gone before… Let's take a look… Read on! First of all, you'll be pleased to know that the FM Wave XR7 comes with 64-bit version in addition to the standard (32-bit). Then there are a multitude of waveforms that I thought were a set of additional sound banks/patches. Still, it didn't take me long to figure out how to import those waveforms into the front panel of the XR7. 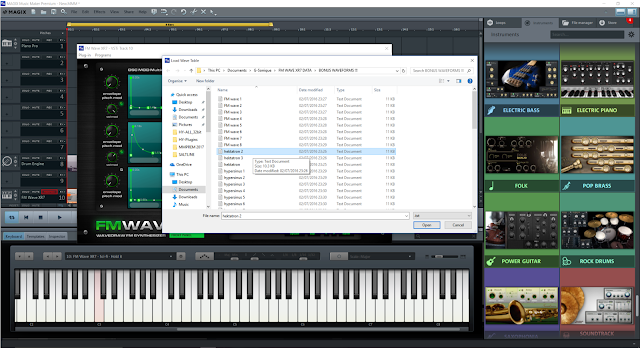 Above: The back panel - knobs! Essentially, the XR7 has two interfaces a) front and b) back panels. The front is where you obviously load and/or manipulate the waveforms - 3 slots; whereas the back contains a bank of filters and a Ping-Pong delay! Nice!


It looks complex, but once you go through the presets you'll be able to understand what the knobs do. The best way to program a synth is to load a preset and change the parameters until a desired sound is arrived at. There is a tendency for musicians to rely on the presets of any synth and not to explore programming in any way and it's a shame.


AN INVITATION
The XR7 is an invitation to the world of sound sculpting! When you hear some of the presets you will be in awe! The patches are wide and varied; there are those lovely metallic bass instruments that I've come to know from my TX7. As you'd expect, there are great pads and leads. But the FX category takes the prize! I love the Sci-Fi aspect of Electronic music and the XR7 does not disappoint!


Sci-Fi movies and Electronic music goes hand in hand. When I go to the movies to watch a Sci-Fi blockbuster I get off on the sound effects more than the movie itself. I would come home, turn on my synths, try to recreate the sounds and incorporate them in my compositions.


The XR7 is going to empower and delight sounds designers for music and multimedia such as games and, of course, movies.


GUI AESTHETICS
G-Sonique have done a very nice job on the interface. The use of colour remains faithful to the DX7/TX7 black 'n’ green - it looks pleasantly familiar.


The parameters are laid out in a very logical manner; it's a very clean layout. Having a front and back panel is a very good idea, therefore you're not hit in the face with a bunch of knobs and waveforms all at once.


CONCLUSION
The FM Wave XR7 is a very unique FM synth that stands out in the sea of waves. Again, the presets are inspirational and they make me want to get programming straightway!


As a former owner of a TX7 module, I can tell you that I feel connected to the XR7. I can hear the patches that I created on the TX7 coming back.


The G-Sonique FM Wave XR7 is a beautifully programmed FM synth that brings something new to the table in being able to draw waveforms and import them. Furthermore, the waveforms can be tweaked to perfection by the altering the filters on the back panel. It's DX Heaven! 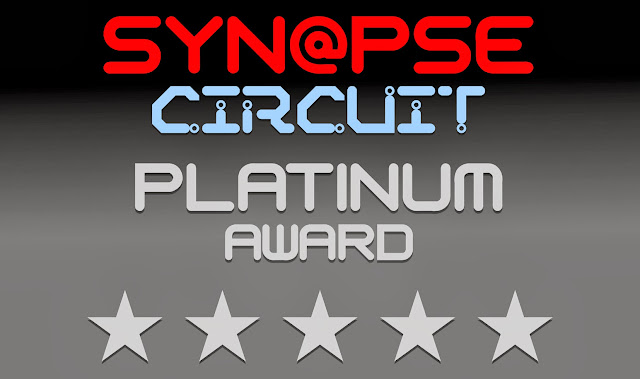 You can purchase it here: FM Wave XR7

Enjoy! Thank you for reading!
Synapse Circuit / Blue Gene
Posted by Unknown at 04:25