THE REAL REASON WHY APPLE ATTACKED SAMSUNG WITH LITIGATION 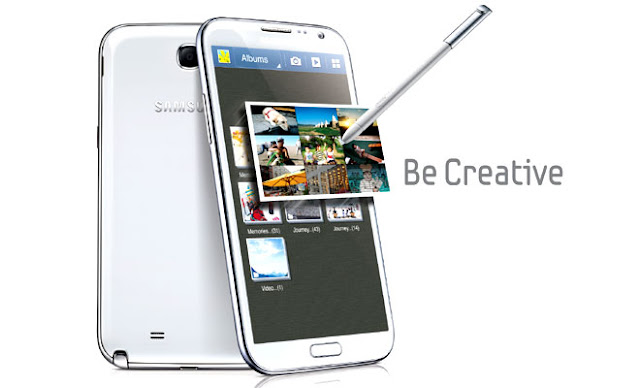 THE REAL REASON WHY APPLE ATTACKED SAMSUNG WITH LITIGATION
Has your opinion of Apple been lowered over recent months? I was going to invest into an iPad and now I have changed my mind. I just can’t stand Apple! Come to think of it, even Apple representatives reek of a farmyard... ...they assume that you don’t know squat about computers and they talk down to you as if you’re stupid all the while trying to get you to buy the most expensive model. They lay guilt trips on you based around the word “professional” and imply that if you aren’t going to buy an Apple computer then you are less than a professional in your occupation. Phoey!

I think it is safe to say that I have had it with Apple!

WHY DID APPLE GO AFTER SAMSUNG?
Did they go after Samsung for “copying”? Not exactly! I believe that the reason why Apple went after Samsung is because they make better products than they do! I don’t think Samsung meant to upset Apple with the Galaxy S that resembles the first iPhone; besides Samsung did show that the iPhone design originated from Sony! I believe Samsung felt that such a design was the way to go and therefore they came up with what I see as an improvement in the design. I am a big fan of technology and that is what made me decide to go for the Galaxy S over the iPhone. I still use my Galaxy S today! I have rooted it and the Galaxy S feels like a new phone! See issue #2 of Synapse Circuit magazine! It’s coming soon!

Anyway, the Galaxy S showed the world that Samsung was a force to be reckoned with in the mobile device industry! It made the media pay attention – even though they held the iPhone above the Galaxy S unduly! When the Galaxy SII came out it was truly outstanding! This was the “iPhone killer” that used to be a headline in the tech magazines! That stopped with Galaxy SII! Again, the iPhone didn’t appeal to me! I loved the then massive screen and the overall minimalist design. What did Apple do? They put out a similar looking phone. Boring! Their hype machine is scary in that a lot of people aren’t able to see through it! For some reason Samsung was very quiet in comparison in terms of promotion; the Galaxy SII spoke for itself and it even won over the iPhone in some tech magazines that dared to be different.

The Galaxy Nexus is also a good looking phone that is a little different from the SII! But many smartphone fans wanted to know what the Galaxy SIII would look like and what kind of hardware would it feature! Now it is here it has sold like hotcakes! What did Apple do? Another boring design and they had people talking to the phone instead of to their contacts. Siri is ok, but it doesn’t seem to work as well in other countries outside the USA where searching for local businesses are concerned. The ads told you a different story, right?

In my reviewer mind and my vote as a consumer, Samsung has usurped Apple in technology – Apple devices uses chips / processors produced by Samsung. They have usurped Apple in design; having tested the Galaxy SIII I have really fallen for it in a big way! I have to say that the design shocked and disappointed me initially because I was expecting something along the lines of an SII. I have to admire and applaud Samsung’s daring! That design could have been a disaster for them! Whenever I travel I see so many people with their SIIIs that I feel left out! For a moment I was one of them – the perks of a reviewer! The downside is saying goodbye to a great piece of tech! I would imagine that it’s like being a temporary foster parent. Yes, well... ...this kind of thing helps a lot when it comes to writing the review. If I miss it as soon as it’s gone then I know the outcome of the review before I start typing!

It seems that Apple isn’t as innovative as they would like you to believe! Another thing that I found criminally stupid where consumers are concerned, they had to shell out some cash upfront of which the amount depended upon storage capacity and then pay a monthly rental fee! I was never going to do that – at least not for an iPhone! Sadly, paying upfront fees are becoming the norm for these super-smartphones! Is this down to the austere times? Now that Samsung has to pay Apple over a billion dollars does this mean that handsets will become more expensive? Why don’t Samsung charge Apple more for the chips / processors?

CAN’T COMPETE: LITIGATE
Buy up as many patents as one can get away with! Not many people realize that Apple is trying to buy up patents relating to interfacing with a touchscreen so that almost every manufacturer of touchscreen handsets will have to pay Apple a licensing fee! C’mon, that can’t be right! That is the equivalent of Apple buying the rights to add four legs to a chair or any other seating furniture and that it owns the name “chair” so if any other manufacturer designed a seating furniture it can’t have four legs and it can’t be called a chair. Another reason why I can’t stand Apple!

Did you also know that Apple has had to pay out some fines because they haven’t been fully forthcoming regarding their tech:

Apple to pay $2 million for misleading Aussies over 4G iPad!
Apple pays Chinese company $60m for iPad name!
Apple hit with Siri suit over what the program can really do! Did you know that Samsung featured Voice Command before Siri came to Apple?
Taiwan University files patent infringement lawsuit against Apple over Siri!
Apple and Google are in talks to settle Apple infringements on their technology.

As you can see, Apple isn’t playing fair. I guess a fight is never fair! Apple thinks that by hitting fast and hard it can knock the competition down. It’s gone after Samsung and won the first round and it’s going after HTC and HTC doesn’t look like it’s going to back down!

In the meanwhile Google are looking into the validity of some of the patents that Apple are said to own. We’ll see!

BACKFIRE?
I don’t think Apple has really won. As I type it is said that sales of the Samsung Galaxy SIII has shot up as a result of the recent court ruling. It doesn’t surprise me at all. Apple has really annoyed people. Their actions are just bad for their crumbling pr whitewash. Apple thinks that by putting on a circus show they can blind people to what’s going on.

Could it be that Apple is trying to put up a smokescreen to disguise the possibility that the fifth generation iPhone will not live up to expectations? Look at how Samsung has radically changed their products each year... Why can’t Apple come up with something like the Galaxy SIII or Galaxy Note II? Why must Apple carry on as though their products were given unto them through a hand from the heavens?

Apple may have served litigation on Samsung. But Samsung has served Apple humble pie with the Galaxy SIII, Note II and Camera! Amazing products!
Posted by Unknown at 13:03